50/50 is a comedy drama about cancer and just like the disease, the film was always going to be a tough "cell".  Thankfully however, it succeeds due to a delicate balancing act between comedy and tragedy plus a superb lead performance from Joseph Gordon Levitt. 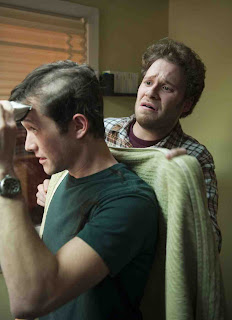 Partly based on the real-life experiences of writer Will Reiser, the film follows 27 year old radio producer Adam Lerner (Levitt) as he struggles to cope with being diagnosed with a rare form of spinal cancer called Schwannoma Neurofibrosarcoma (or as one cancer patient puts it, "the more syllables, the worse it is").  He is helped/comforted, with varying levels of success by his best friend (Rogen), hysterical mother (Huston), bitchy girlfriend (Howard) and therapist (Kendrick).
Finding the comedy in a tragic situation is always going to be a tricky process, for examples the results could be like the Rent spoof 'Everyone Has AIDS' from Team America, but Reiser, like Chandler Bing, knows that humour can be a great defense mechanism and rather than forcing the characters into situations with "hilarious consequences", the majority of the jokes come from Adam's natural responses to coping with his failing health or his buddy Kyle's attempts to use the Big C to his advantage with the ladies, "Nobody wants to have sex with me, I look like Voldermort".
Reiser's script and calm direction from Jonathan Levine do a terrific job in not letting the comedic moments overshadow the seriousness of the story, so that when Adam's condition worsens, we are emotionally invested in whether he survives or not.
Much of this connection with Adam is the result of a terrific central performance by Joseph Gordon Levitt.  Fast becoming one of the best actors of his generation, Levitt makes Adam very down-to-earth and relatable which makes him easy to identify and empathise with.  Plus he is the first cinematic character I know of to bite his fingernails which is a habit that I have (and my friend Linny is constantly trying to break me of!).  It is a very understated performance, not prone to Oscar-worthy showboating scenes that other actors may have been tempted to do, instead opting to slowly draw you into his plight so that when he breaks down in front of his mother just as he is about to go into surgery, his tears are not the only ones flowing in the cinema.
There is fine support from Seth Rogen as Adam's best friend.  Some may complain he is recycling his "schlubbenly, profanity-laden goof" schtick but since he actually helped Reiser through his own cancer struggle, he is essentially playing himself and in my opinion it is the best he's ever been, bringing a warmth and sincerity to the film.
If you were to find fault with the film, the female characters suffer in that the screenplay tends to have them conform slightly to Hollywood stereotypes (bitchy girlfriend, neurotic mother, etc) and the potential romance with the therapist feels a little forced but wisely left largely unconsumated.  Also it is a shame that a potentially interesting family dynamic due to the father's alzheimers but nearly every film this year has already used it (by that I mean Friends With Benefits and Love And Other Drugs).
However these are minor quibbles with a moving film with a lot of heart that can deliver an emotional suckerpunch through all the laughs.  And that should be congratulated as the odds of finding a film that can successfully make you feel the full range of the emotional spectrum are certainly not as good as 50/50.

4 stars
Posted by Dallas King at 14:00 No comments: Links to this post

6 Reasons why The Muppets would rock as Oscar hosts.

Yesterday one muppet, in the form of Brett Ratner, stepped down as producer of the Academy Awards show following a series of PR disasters on a par with Frankie Cocozza on X Factor.  Following his departure, and that of Ratner's choice of host Eddie Murphy, it seems there is an online campaign to get another bunch of Muppets to host Oscar night. 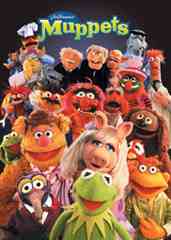 It is a stroke of genius.  Everyone loves The Muppets (unlike with Ricky Gervais, celebrities would be happen to have the piss taken by the Muppets), they are current due to having a movie out in the US on Thanksgiving (us in the UK sadly have to wait until Feb), and from their recent hosting duties on WWE Raw showed (part 1 and part 2), they have what it takes to host... and most importantly for the Oscars, they are funny and entertaining.
You can follow its progress on Facebook and Twitter as it continues to gather momentum and popularity, here are my two cents worth on the subject and five reasons why it could be the greatest Oscar night ever. 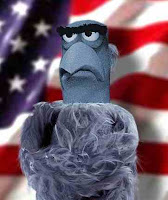 At the beginning of the broadcast, the stuffy and pompous Sam Eagle could come out and demand the entire audience of A-List celebs stand up and join him in singing the National Anthem as is accustomed at all major sporting events. 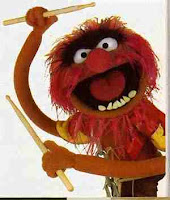 Not only would we have Dr Teeth and the Electric Mayhem playing all the music for the evening but celebrities would be quaking in their boots that if they happen to start droning on about thanking their publicist in their acceptance speech, Animal would be quick to jump in and play them off with a mental drum solo!


3)  Interviews on the Green Carpet by Beaker

As if the Oscar ceremony isn't long enough, we have to put up with 1-2 hours of cringworthy interviews with celebrities on the red carpet as people we've never heard of ask Natalie Portman what designer she's wearing or how George Clooney feels to be nominated.
The eloquent Beaker would be the perfect person to ask those hard hitting questions we all want to know the answer to, "have you practiced your 'shit I lost, look happy for the other guy face'?" and chat up the attractive female nominees.
His partner in crime, Dr Bunsen Honeydew could also provide a firework and pyrotechnic display to kick things off. 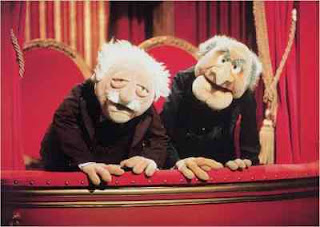 These two loveable curmudgeons would be ideally placed in one of the boxes at the Kodak theatre overlooking the stage to provide their unique brand of saracastic commentary to the proceedings.
"You know what the only thing worse than hosting last year's Oscars... watching it!"


5)  The catering backstage and at the after party...

6)  Let's face it, they tried to get Kermit and Miss Piggy to host last year!!! 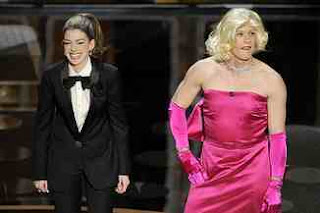 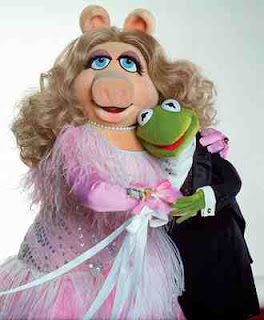 So there you have it.  Undeniable proof that having The Muppets host the Oscars is the right thing to do... but if they do need a little human help, look no further than this man...

Posted by Dallas King at 04:45 2 comments: Links to this post