There is an old saying in Hollywood: “Don’t kill the dog”.

You can get away with just about anything else in a movie but killing a dog (or other animal for that matter) can be seen by an audience as an unforgivable act. Just ask John Wick!

So for director Ben Wheatley to begin the film with the lovable Tom Hiddleston seemingly rescue a dog only to barbecue it on his patio, this is an incredibly bold move and one that signals all bets are off in this adaptation of JG Ballard’s 1975 yet incredibly prescient novel.

Now that is in no way a spoiler for the movie. In fact it is in the first line of the book; <i>”Later, as he sat on his balconyeating the dog, Dr. Robert Laing reflected on the unusual events that had taken place within this huge apartment building during the previous three months.”</i>

Tom Hiddleston plays Dr. Robert Laing who moves into an apartment on the 25th floor of the giant high-rise building designed by architect Anthony Royal (Jeremy Irons), who resides at the very top (obviously) while men like Richard Wilder (Luke Evans), a rambunctious family man, live nearer the bottom (again pay attention to the names).

At first, everything is normal. Laing is comfortable in his setting. Able to mix with everyone in the building whilst not belonging to any particular group. He is our cypher into this world. It is no coincidence that he paints the walls of his apartment grey. This is a man who wants to go unnoticed, blend in and not create waves or even a ripple.

And ripples do start to appear. Ripples that turn into cracks, that start at the base of the building and slowly work their way up to the top.

Increasingly we are of a generation where we don’t know our neighbours and no one really knows what goes on behind closed doors and there are a lot of doors in this high-rise, each with their own interesting characters such as Reece Shearsmith’s orthodontist, Sienna Miller’s socialite single mother, James Purefoy’s hedonistic lawyer and Sienna Guillory’s washed-up actress.

When the building begins to break down, so do the doors and the tenant’s true feelings and inhibitions are released.

The building suffers from power cuts, and when it does the power is cut off from the lower floors in order to keep the power in the higher floors, where the richer residents live. This is just the spark that threatens to ignite the whole powder keg as the lower classes start to rise up against the higher floors until all the residents are on an express elevator to hell. All set to the tune of ABBA’s S.O.S. (covered quite stunningly by Portishead). 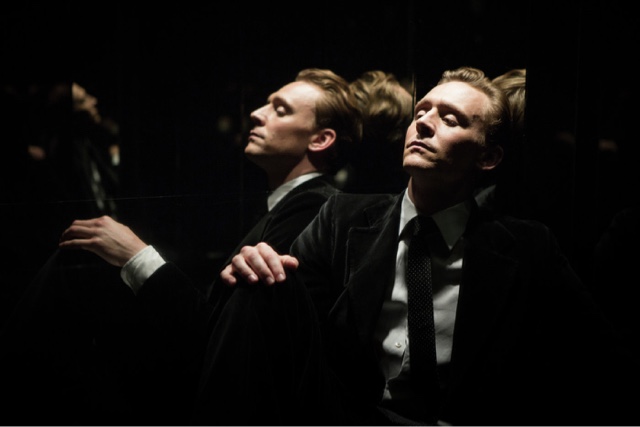 It’s as if everyone wants to be sitting at the head table on the Titanic as it charts a course to Sodom and Gomorrah!

It paints a similar picture to 2014’s Snowpiercer which saw a world destroyed by climate change, with the survivorsall on one train that continuously circled the earth. The dregs of society lived in squalor at the rear of the train while the 1% lived in opulence at the front. That is until one day the 99% decided they had had enough of being a shoe and started a revolution, working their way forward to take control of the train.

However High-Rise is much more than just the vertical Snowpiercer… but since High-Rise was written before Snowpiercer, does that make Snowpiercer the horizontal High-Rise?

The excellent production design and costuming make it feel like it is from the Seventies when the book was written (it even features the voice of Maggie Thatcher who rose to power in 1979, yet it also has a old-school British science-fiction feel to it that gives it a timeless quality thus acting as a warning of where society is heading but also where it has come from.

Following on from the bizarre and brilliant Kill List and A Field In England</i>, Ben Wheatley has raised his game and delivered a terrific adaptation that will see High-Rise end up very high on many people’s Best of 2016 lists.