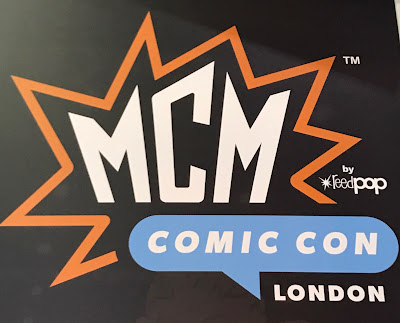 At the end of October I had the pleasure of attending MCM Comic Con London, the UK's largest pop culture event, which took place at the ExCel centre.
Having attended New York Comic Con back in 2013, this was my first major Comic Con since then and my first on home soil, so the opportunity to immerse myself in the culture and unleash my inner geek for 72 hours was very exciting.
What follows is a quick rundown of each day's activities:

Day 1
As a huge Star Wars fan (especially since the sequels breathed new life into my wavering fandom), my immediate interest was drawn to the Han and Leia Black Series 2-pack that was available at the Hasbro booth, along with a few Transformers and Marvel Con Exclusives. 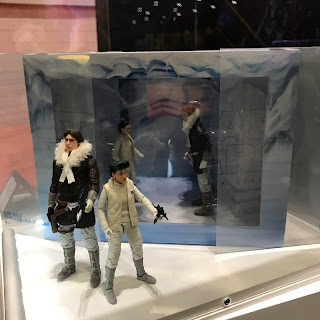 Having experienced the rushes and queues when I attended NYCC, as soon as the doors opened it was a mad dash to the front of the line to secure a wristband to purchase the exclusive of your choice at a certain time period. This guaranteed you the item you wanted but at a time that suited you, allowing you to explore and enjoy the Con and not be stuck in a line for hours...
Which is what you had to experience if you were after one of the Funko exclusives as their queue stretched in a complete loop right around the stand in the centre of the Con. It was a genuine surprise to see how busy the Funko stand was compared to the Hasbro one but I guess this is just what the collectable market is moving to.
Back at the Hasbro stand, the stunning exclusives were on display including a Marvel Defenders 6 pack of figures in custom subway train packaging (I did enjoy how Iron Fist is made to sit on his own to the side!) 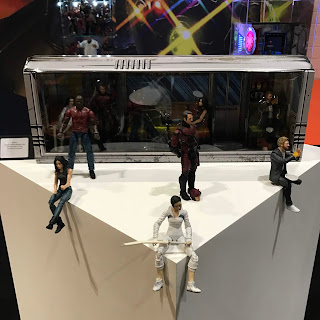 and the chance to try your best Thanos impression inside a lifesize action figure box. 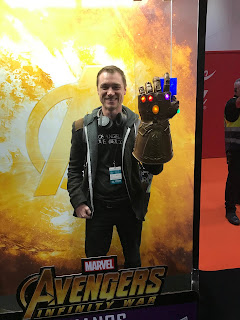 With my exclusive secured, along with a new worry of how I could take this home in my carry on luggage, it was time to explore the rest of the Con.

On the way to the main stage for an afternoon of panels, there was plenty time to admire some of the amazing cosplay on offer. From a quick tally, it would appear that the most popular options this weekend would be Spider-Man from Homecoming with yellow blazer and handy backpack, Deadpool and his arch-nemesis Hugh Jackman from The Greatest Showman! 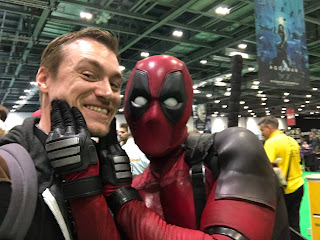 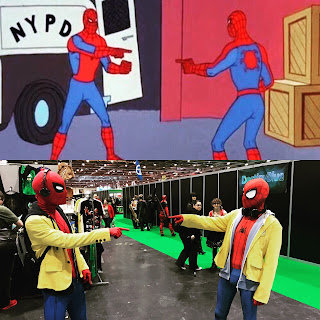 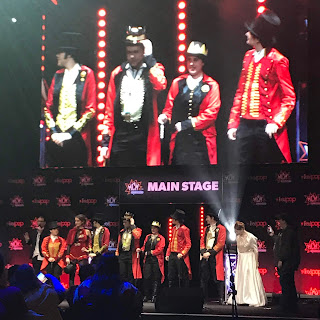 The first panel of the day was Horror Through The Generations with Tony Todd (Candyman), Linnea Quigley (The Return Of The Living Dead), Katherine Isabelle (Ginger Snaps), Ray Santiago (Ash vs Evil Dead) and Kane Hodder (Friday the 13th).

This was an entertaining panel that allowed the actors behind some of Horror's greatest icons to discuss the current state of the genre. A transcription of the talk can be found on The Nerd Party's Twitter account where we live tweeted the session.

The day ended with one of MCM Comic Con's traditions. A Sing-A-Long screening and this year it was the pop culture phenomenon that is The Greatest Showman.
Nearly one year on from its release in cinema's and this film still had the capacity crowd in the palm of its hand with everyone singing loud to every song. The compere even got some of the audience who had cosplayed as the characters to come up during "their" songs before it culminated with a entire stage full of P.T. Barnum's whipping the crowd into a frenzy as The Greatest Show came to an end, putting the perfect full stop on day one of the Con.
Posted by Dallas King at 23:05