It would be easy to write up a review of the year looking at the big stories of the year but it would make for depressing reading now and no amount of "Now Wolverine can team up with the Avengers" can make up for that.

Instead this will be a bit of a statistical analysis of my year of cinema going along with my picks for the best (and worst) films of the year along with movie moments and performances.

When compiling my list of what I had watched this year, it became apparent that I will need to move with the times in 2018 as I only had kept track of films that I had seen at the cinema and not at home via Netflix, such as Gerald's Game and The Circle.

From 1st January, that will change as there are more and more original films being released via online platforms, including Duncan Jones's upcoming Mute (which will hopefully also receive a small theatrical release).

Movie Moments Of The Year

Best Performances Of The Year 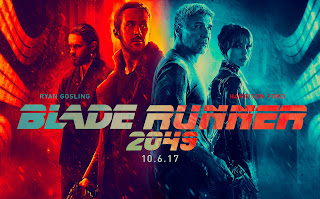 Honorable Mention: War Of The Planet Of The Apes - Who can honestly say that in 2011, when a prequel/reboot to a Sixties sci-fi film that spawned a number of terrible sequels and remakes would produce one of the greatest film trilogies of ALL-TIME, anchored by an incredible central performance from Andy Serkis as Caesar.
Posted by Dallas King at 13:05