One huge thumbs up for Roger Ebert 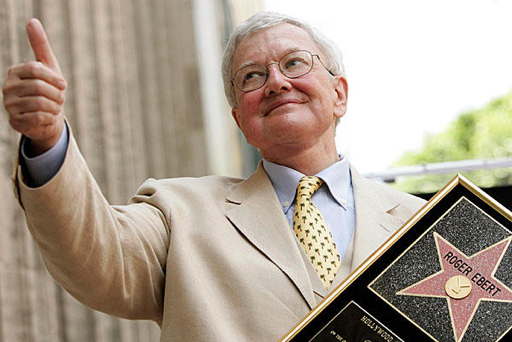 On Thursday the world of cinema lost one of its most distinctive voices Roger Ebert, who passed away after a long fight with cancer.
Roger Ebert was probably the world's most well-known and well-respected film critic. He had been reviewing films for the Chicago Sun Times for over 45 years, becoming the first film critic to win a Pulitzer Prize in 1974 for his reviews and was half of the hugely popular review show "Siskel & Ebert At The Movies", famous for their "thumbs up, thumbs down" reviews.
Sometimes there is a snobbishness and resentment towards critics within Hollywood. The old adage about teaching of "those who can do, those who can't teach" could be adapted to filmmaking and "those who can - do, those who can't - critique" but that is not an argument that could be levelled at Ebert for he also wrote the screenplay to Russ Meyer's cult classic Beyond The Valley Of The Dolls, itself a direct inspiration for Austin Powers.
Certainly the outpouring of affection from Hollywood including the likes as Martin Scorsese, Diablo Cody, Steve Martin and even President Obama was evidence of the high esteem that people held for him and his opinion.
For while you may not have always agreed with his opinions, there was never any argument over the quality of his writing.
Whether it was eloquently scathing thumbs down of Freddy Got Fingered - "This movie doesn't scrape the bottom of the barrel. This movie isn't the bottom of the barrel. This movie isn't below the bottom of the barrel. This movie doesn't deserve to be mentioned in the same sentence as barrels."
Or this moving passage from his final published review of To The Wonder: "Why must a film explain everything? Why must every motivation be spelled out? Aren't many films fundamentally the same film, with only the specifics changed? Aren't many of them telling the same story? Seeking perfection, we see what our dreams and hopes may look like. We realise they come as a gift through no power of our own, and if we lose them, isn't that almost worse than never having had them in the first place?"
Ebert had a way with words that could influence a moviegoer's decision on what to watch that weekend and also inspired countless others to become film critics themselves, whether it be professionally or just for fun on their blog, Twitter, etc.
He was one of the first film critics to truly understand and embrace the Internet as a positive tool for the published word and for a forum in which to debate the world of cinema.
Even though suffering from poor health and the recurrence of cancer, Roger Ebert still filed 285 reviews in 2012. That figure made me feel incredibly lazy in comparison. I love going to the movies and loved writing about them but recently I would always be putting off writing reviews because I was "too busy at work" or too much time had passed since I'd watched it for it to be relevant.
However Ebert's death put it into sharp perspective. Yes, his job was reviewing films but he did it because he loved the movies and loved going to see them. More importantly he would go into a film looking to be entertained, looking for the good in it, not as some critics would do and go in sharpening their knives looking to eviscerate it in a witty, mean spirited way.
That's why I'm making a vow to myself to make the time to write a review of every film I see at the cinema, whether it be 140 characters or 1400 words. Hopefully Roger would give that a nice thumbs up.