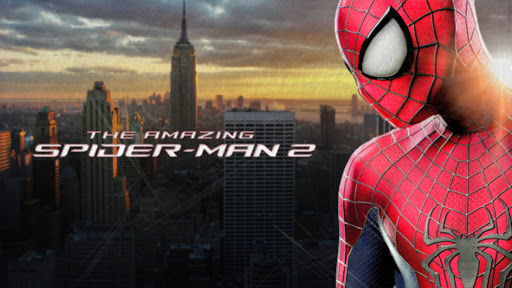 While the plot of The Amazing Spider-Man felt like an unnecessary retread of the Spider-Man saga with extra subplot about Peter's parents which was introduced then inexplicably forgotten, where it did improve on the original Raimi trilogy was in the casting of its two leads.

Andrew Garfield and Emma Stone are more natural and likeable fits for Peter Parker and canon first love Gwen Stacy and with their on-screen chemistry it's easy to see why it transferred off-screen.

Garfield grows into the role and really becomes the wise-cracking webslinging crime fighter from the comics and Stone makes Gwen one of the most independent and non-damsel-in-distress female characters in comic book movies (the complete opposite of Dunst's insipid Mary Jane).

The rule of superhero movies is that the sequel is better and the third instalment is not as good but this film lies somewhere between Spider-Man 2 and Spider-Man 3.

It builds on the complex relationship between Peter and Gwen as he struggles with his responsibilities as New York's newest hero and his promise to Gwen's deceased father Captain Stacy but rushes the move to build up its extended universe as too many undercooked villains spoil the broth.

Dane DeHaan is excellent as Harry Osborn but his issues with his father and descent into madness feel rushed in the third act and would have worked if explored over two films.

Jamie Foxx's Electro follows in the long line of Spider-Man villains who are misunderstood scientists who become evil following a tragic accident and become a poor man's Dr. Manhattan.

Also can anyone explain why Martin Csokas was allowed to play his doctor character like he was appearing in Batman & Robin? It was completely out of place.

After a strong start with some fantastic webslinging sequences (that make good use of the 3D), the final action set pieces feel too CGI heavy and have a video game feel to them.

But the main draw of the film remains the central relationship of Peter and Gwen (even if some of the time Peter can come across as a stalker) and it helps build towards the climax of the film which plays out very similarly to one of the most famous story arcs and it is admirable that they follow it through to its moving conclusion and poses interesting questions for the next instalment.

It is not perfect but it spins enough of a web to keep me hooked for the The Amazing Spider-Man 3 because with the characters and storylines potentially on the way, lets face it Tiger, they might just hit the jackpot.