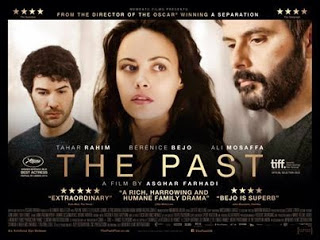 The Past just won't stay buried in this excellent drama looking at the past, present and future state of the relationships of Marie (played by Berenice Bejo).

Ahmad returns to Paris after four years to complete his divorce from Marie and is invited to stay with her and her two daughters from a previous marriage while he does. There he meets her new beau Samir and his son Fouad.

Old feelings begin to stir which causes friction between the complicated love triangle, aggravated by the uncovering of dark secret concerning the truth behind Marie and Samir's relationship.

This tense character study is anchored by excellent performances. From a fantastic Bejo, who quite rightly won Best Actress at the Cannes Film Festival, to the trio of child actors, there is not a weak link in the cast.

Don't wait until the future to watch The Past, see it as soon as possible.