Days of Future Past: Has Science Fiction become Science Fact? 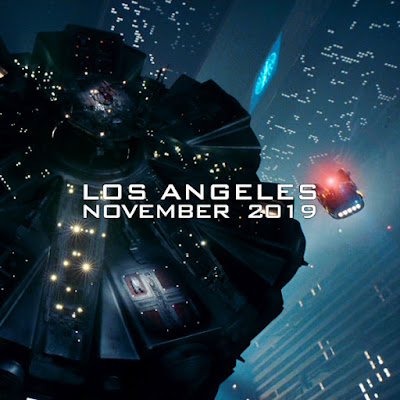 If by some miracle a prophet could describe the future exactly as it was going to take place, his predictions would sound so absurd, so far-fetched that everyone would laugh him to scorn. The only thing we can be sure of about the future, is that it will be absolutely fantastic"
- Arthur C. Clarke, World's Fair, New York, 1964

It all started with one simple question: “Why don’t we have hoverboards yet?”
It was January 2015 and film journalists were already preparing their articles ahead of the 5th October 2015. The date that Marty McFly and Doc Brown travel to the future in 1988’s Back To The Future Part II.
Science Fiction films were previously the work of fantasy. Writers and filmmakers creating a vision of the future that they imagined *could* potentially come true but never really thought they would be held accountable for.


"Science fiction was an expression of 20th century man's hopes, dreams and aspirations. A heavy percentage of science fiction is merely rubbish. Big eyed monsters, space battles or something of that nature. However science fiction has one thing in its favour, that even a story that from a literary standpoint is complete trash may prove very prophetic"


While the science fiction films of the past have earned their place in history, the clock has kept ticking and time has begun to catch up with these works of fiction, whether they are novels, television shows or films.

Outside of 2001: A Space Odyssey and Terminator 2 Judgement Day, Back To The Future Part II was the first science fiction film to have a set date that people could finally analyse and compare fact to science fiction.
It presented a vision of the future that featured flying cars, self-tying laces and the release of Jaws 19. To be fair, they got the resurgence of 3D correct. They were also a year out with the Chicago Cubs World Series Win but we’ll let them off because they weirdly kindly of predicted the rise of Trump.

The year is now 2019 and we have reached a time when science fiction is becoming a reality.
The science fiction films of our past are becoming the present. The year 2019 is the setting for films such as Daybreakers, The Road, The Island, Akira and one of the most influential films of all-time, Blade Runner.

What, if anything, did they get right about the future? And what can they teach us about technology, science, health and politics?
Arthur C. Clarke said "One mark of a first rate scientist is an interest in science fiction and conversely, the mark of a second rate scientist is a lack of interest in science fiction."
Where films got their predictions correct, was it because scientists were inspired by the technology seen in the movies? A sort of self-fulfilling prophecy so to speak?

Over the course of 2019, I will examine in detail a series of science fiction films to determine how prophetic they actually were.
The criteria for selection was they had to be set in a specific time period in history or the near future i.e. 2001, 2019, 2032, etc.
Also the films must have been released at least ten years prior to their setting to allow for a reasonable period of time for their predictions to take effect (sorry Geostorm, set in 2019 but released in 2017).

The films that will be analysed are as follows (in chronological order of setting):

Email ThisBlogThis!Share to TwitterShare to FacebookShare to Pinterest
Labels: 2001 A Space Odyssey, Akira, Back To The Future Part II, Blade Runner, Days Of Future Past, film, Future, Science Fiction, The Island, The Road, The Running Man