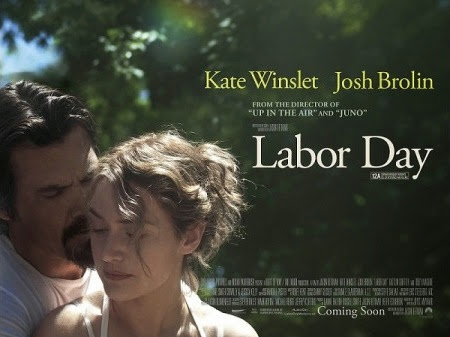 Labour. An experience that can take much longer than you want and involve some physical and emotional trauma.

Very akin to the experience of watching Labor Day. At least with labour you get a brand new life out of it and it isn't narrated by Tobey Maguire!

Actually it's not that bad but it is difficult to take this film seriously when it nearly ends with the line "It was the first time since that Summer that I tried baking"... Fade to black.

Kate Winslet and Josh Brolin are good as the agoraphobic mother and world's nicest convicted murderer who teaches the son to play baseball, cooks, cleans and helps around the house as he stays with Winslet and her son one Labor Day weekend after he escapes from prison.

Brolin's con and his relationship with Winslet is a case of Stockholm Syndrome as saccharinely sweet and over cooked as the peach pie that features so heavily in the film.