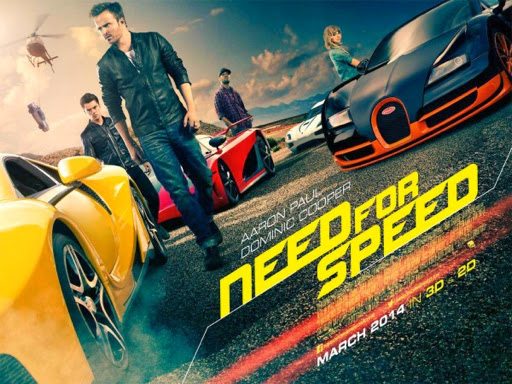 It is always a risk for a genre movie to include a clip from another genre movie. It is an open invitation for comparison and the majority of the time they are not flattering.

In one of the opening scenes set in a Drive-In Movie Theater, the crowd are watching Bullitt, which features one of the most iconic car chases of all-time.

Need For Speed however features some of the slowest, most boring car chases of all-time. Based on a series of video games, the filmmakers were aiming for something as fast and exciting as a PS4 but ended up with a film as basic and clunky as a Commodore 64.

One of Aaron Paul's crew flies helicopters and planes to keep a birds eye view on the action and constantly refers to himself as Maverick but unlike Top Gun, I don't feel the need, the Need For Speed.