The Legend Of Hercules - review 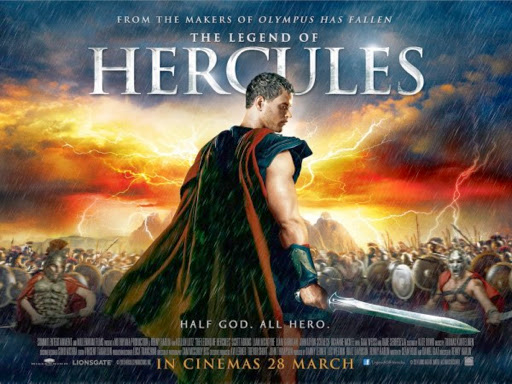 It's been a while since I read up on my Greek mythology but I must have missed the section where The Legend Of Hercules was actually based on the soldier who becomes a slave and fights for his freedom plot line from Gladiator along with the jealous sibling rivalry from Thor.

It's not often that you can tell how awful a film is from the first shot, but it was clear from the incredibly poor CGI tracking shot as it follows an army from the beach into a city that this was going to be a total stinker.

This film had the feel of a bad 80's BBC period action romp with terrible script writing, bad acting and lower production design quality than even Sharknado.

It is filled with actors who feel like they were cast as the came 3rd in a celebrity lookalike competition as it features a Hercules who wants to look and sound like Chris Hemsworth, his brother Iphicles who is a poor man's Tom Hiddleston and a guy who looks like Sean Bean.

Everything about the film feels like a cheap knock off of other movies (including the bit where it starts to rain at the beginning of the final battle a la Helm's Deep).

Hercules famously went through twelve labours but the only labour you'll achieve is the one where you sit through this film.

No matter how ridiculous the new Brett Ratner Hercules movie looks, The Rock will lay the smack down and be happy knowing it won't be the worst Hercules film of 2014.