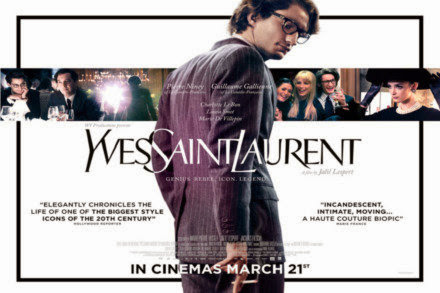 The extent of my knowledge of Yves Saint Laurent amounted to the following... Famous French fashion designer.

Turns out even that was wrong as he was actually from Algeria!

By the end of this French-produced biopic, I knew a lot about the man but little about his actual work. Beyond one montage sequence showing the inspiration and production of his seminal (and much copied) ... dress, the film's main focus is the relationship between Yves and his relationship with business and personal partner Pierre Berge.

At times both characters come across as unlikeable to each other and the audience through a series of arguments and infidelities, which can make it difficult to empathise with them.

Given the subject matter, the film is beautifully produced and looks catwalk perfect but fashionistas might be disappointed by the focus on the people inside the clothes rather than the clothes themselves.