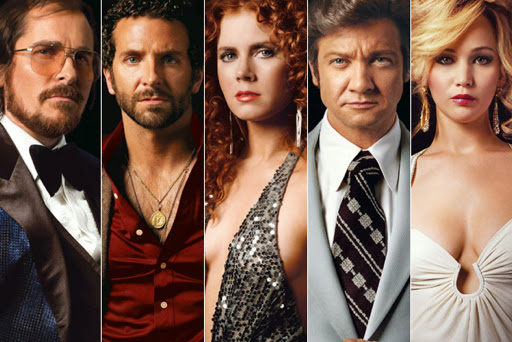 David O. Russell reunites with Oscar-winner Bale and nominee Adams from The Fighter and Oscar-winner Lawrence and nominee Cooper from Silver Linings Playbook for this outrageous tale of comments, corruption, cleavage and combovers in the Seventies.

With the addition of Jeremy Renner, O. Russell has assembled himself an ensemble cast of superhero proportions with the movie becoming an unofficial Marvel/D.C. crossover featuring Batman, Lois Lane, Hawkeye, Mystique and Rocket Raccoon.

Partly based on the real-life ABSCAM scandals, Bale & Adams play a couple of small time hustlers who are forced into running an entrapment con on Renner's sympathetic mark, the Mayor of New Jersey Carmine Polito.

Starting out as a relatively simple con, Cooper's over-ambitious and quick-tempered FBI agent keeps expanding the reach of the investigation and things soon spiral out of control thanks to the involvement of Bale's wife played by Jennifer Lawrence and a mobster connection with a rather familiar face. 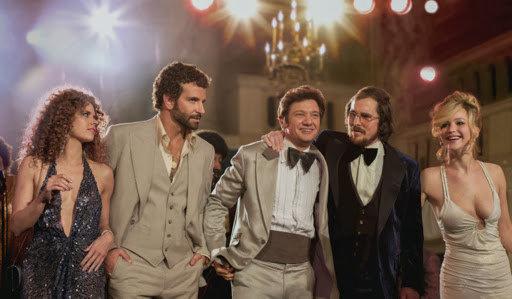 From Bale's committed turn as Irving, with a combover as complicated and elaborate as the cons he's running and Adams's fake English accent and dresses that are so low-cut her cleavage probably deserved its own screen credit, down to Alessandro Nivola's crazy Christopher Walken impression as an FBI boss, there is not a weak link in the whole cast.

However if it was possible to single one standout performance from an entire movie of standouts, it would have to be Jennifer Lawrence. 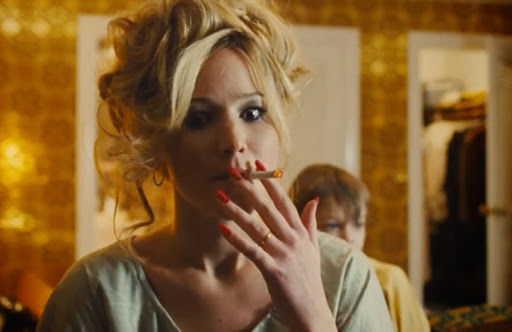 Lawrence doesn't even bother to pull any type of con, rather she straight up, brazingly steals every scene she is in.
Whether it is cleaning the house while singing Live And Let Die or making sure audiences will be referring to their microwave as "Science Oven" from now on, as younger, unstable New Jersey housewife, it's a role that is likely to bag her another Oscar nomination if not another gold statue.

Despite the fantastic recreation of the period, with particular mention going to Michael Wilkinson's costume design and the hair and makeup team, the film does tend to lose its way as the con becomes increasingly more complicated.

Rumour has it that a lot of the dialogue was improvised from the cast which had an influence on the plot, which has led to a lack of overall cohesiveness.

What it resulted in however is an unexpectedly hilarious movie with much of the comedy coming from Cooper's character and the one of the best running gags in years where he tries to find out the end of his boss's story about ice fishing and its relation to the case.

Like any good con, the performances are top notch and while you'll initially leave satisfied you might be left with the feeling that you've been had.