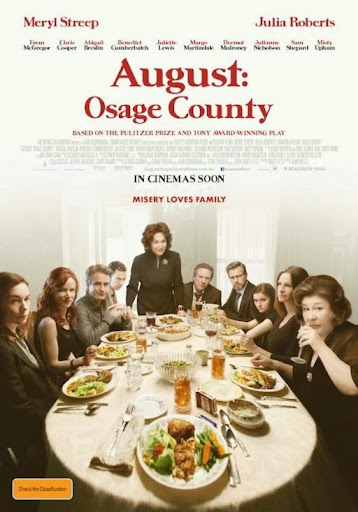 We've all probably had a family dinner like the one that is the centrepiece of August: Osage County.

All bets are off as the Weston family spectacularly implodes over the funeral dinner that brought them all back together.

Based on the play by Tracy Letts (who also wrote Killer Joe); the story, action and resulting fallout take place over a few days however I feel that if it had all taken place in the space of a couple of hours over dinner, then this could have been a great film.

Unfortunately it doesn't really come to life until this moment (ironic being that it is a death that causes this) and then fails to recapture that magic later on (although Julia Roberts does here best with a foul-mouthed tirade about eating the "f*cking fish bitch!").

No mistake about it, this film is all about the Weston Girls (played by Streep, Roberts, Lewis, Nicholson and Martindale), and people claim there are no good roles for women out there. I have no doubt that this particular film would pass the Bechdel Test multiple times over.

Don't get me wrong, they do talk about men but it ain't pretty. Men do not come off well in this story. At all! One dies, one has cheated on his wife, one is possibly slightly mentally retarded and another is a potential drug-taking paedophile.

Each man is there as a plot point or way for Meryl Streep's matriarch Violet to pour scorn on her daughters, which leads to the ultimate showdown between herself and eldest daughter Barb (Roberts).

It is here that Roberts comes into her own, going toe to toe with Streep and delivering an excellent performance which will leave us all asking the same question: are we destined to turn into our parents or can we change our fate?

August, with a mouth-watering buffet of talent on offer might make it seem like a Michelin-star feast awaits yet with some meaty turns on show here it will ultimately leave you slightly in satisfied and hungry for more.

P.S. this may seem incredibly harsh given the reasons for her character's appearance but I could not get this image out of my mind after Streep's first appeared on screen... 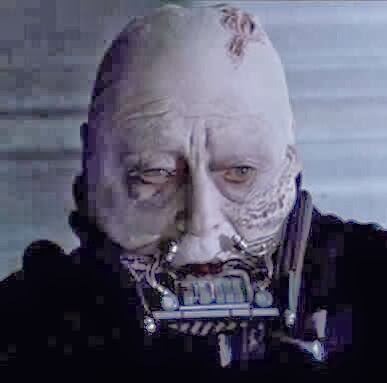