Paranormal Activity: The Marked Ones - review 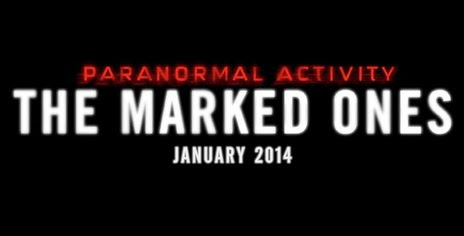 Another year, another Paranormal Activity.

It's been just over four years since the first film scared the living bejesus out of people, breathed new life into found footage sub-genre and replaced the Saw series as the new annual horror franchise.

After years of people setting up video surveillance to catch evidence of the evil spirits, The Marked Ones focuses on a group of teenagers investigating the strange death of their neighbour and her connection to one of the boys who may or may not be possessed by an evil spirit.

Starting out as a separate entity, connections are made to the previous instalments and it continues to flesh out the increasingly complicated backstory to this series of paranormal activities.

I read a rumour that the writers "know the endpoint of the franchise" and how it all ties together but the writers of Lost also said that and it felt like they were also making it up as they went along.

For one thing, with ever-diminishing returns in terms of genuine scares, after five films they still haven't been able to answer the following questions:

1) Why do these people keep filming? Even when the sh*t hits the fan, there is some idiot running around screaming their head off with their finger stuck on the record button?

2) Why do they insist on remain living in or investigating haunted houses without proper back up?

3) Who edits this footage together? The original film was presented under the guise of found footage trying to piece together what happened to Katie and Micah but the subsequent films dropped this vital bit of setup and so what purpose do they serve now?

Perhaps we'll finally get the answers in Paranormal Activity 6 which will inevitably appear within the next year I assume.