The Most Assassinated Woman In The World - EIFF review 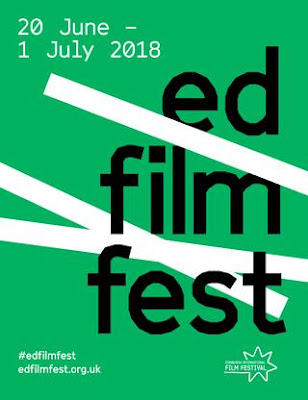 Synopsis:
At the dark and bloody heart of this period film by director Franck Ribière is real-life iconic actor Paula Maxa (played by Anna Mouglalis), the most famous of the Grand Guignol’s leading ladies and the titular woman, who was graphically slain on stage multiple times a day. A young journalist suspects the theatre is linked to a series of gruesome murders. After falling for Paula and learning of her painful past, he aims to save her from a mysterious killer.

Review:
Back in its heyday, the Grand Guignol theatre in Paris became so famous, or should that be infamous, that the name became synonomos with any form of theatre or film that was designed to shock and horrify its audience.
Although literally translated, Grand Guignol actually means "the big puppet". Who were the ones being manipulated though? Was it the actors or the audience? Will it be the same for this audience?
Paula Maxa was the reason that people came to the Grand Guignol and Anna Mouglalis is the reason to watch the film. Delivering a mesmerising performance as the woman haunted by the ghosts of her past and feels that the only way to truly live is to die.
The true story of Maxa is the inspiration for this gleefully gory tale of murder, mystery and intrigue set during a murder spree in the city of lights in the early 1930s. Imagine Theatre of Blood meets From Hell set in gay Paris. Jacques The Ripper if you will.
The Most Assassinated Woman In The World is certainly not for everyone but that is true of any piece of art. Some will call it art. Others trash. Some will be entranced, some will walk out in disgust but this is trash of the highest order and you have appreciate the pure theatre of it.

The Most Assassinated Woman In The World has its International Premiere at Edinburgh International Film Festival on Wednesday 27th June, 6.00 and Thursday 28th June, 11.10. To book tickets, click here.