The Two Faces Of January - review 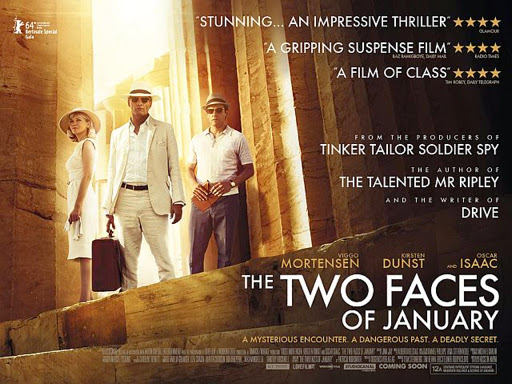 The poster shouts "From the producers of Tinker Tailor Soldier Spy, the author of The Talented Mister Ripley and the writer of Drive" but what it doesn't shout is that the makers of these three five star films have combined to make a distinctly average movie.

Oscar Isaac, an American working in Greece as a tourist-fleecing guide, sets his sights on an American couple played by Viggo Mortensen and Kirsten Dunst when he spots them holidaying at the Parthenon.

Drawn to each of them for different reasons, in Viggo he sees a surrogate father figure and Dunst is an object of desire, and he charms his way into their company but it is unclear who is playing who.

Immaculately dressed in period costumes, Isaac oozes charm and Mortensen's character's menace drips off the screen however Dunst appears rather blank in comparison.

The Two Faces Of January, which coincidentally is at least one more than January Jones can do, sadly lacks the sense of danger, sexual tension and wit that featured in the adaptations of Highsmith's other novels like Ripley and Strangers On A Train.