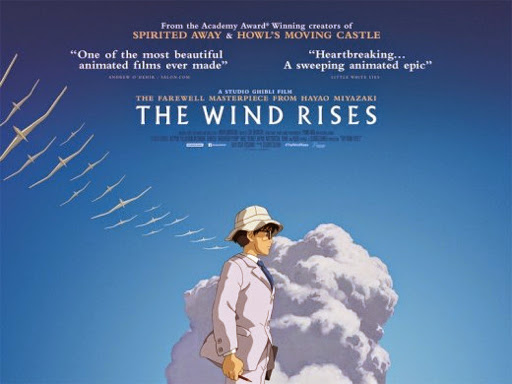 Hayao Miyazaki's Studio Ghibli swan song is less of a flight of fancy than the likes of Spirited Away and Totoro but this is the great animator and storyteller at his most personal and it still soars to great heights.

Simultaneously a fictional tribute to aircraft designer Jiro Horikoshi, author Tatsuo Hori and drawing upon elements from his own life, Miyazaki has crafted a story that looks at the power of dreams and the importance of following them.

The Wind Rises, which I find impossible to say in anything other than a Bane voice, also features the most heartbreaking romance in an animated film since the first 10 minutes of Up.

In an early dream, a young Jiro meets Italian designer Caproni who tells him that "Airplanes are beautiful dreams, engineers turn dreams into reality".

Set prior to WWII, there is an internal battle to be fought because Jiro recognises that while the airplane may bring people together by connecting them, it also pulls them apart as they become the instruments of war.

However the quote can also be read as a call to all "engineers" whether they are designers, writers, filmmakers, animators, etc to turn dreams into reality and bring people together for "inspiration unlocks the future".

Caproni also tells Jiro to make the most of his gift as "artists are only really creative for 10 years". We can be thankful that Hayao Miyazaki had over 40.