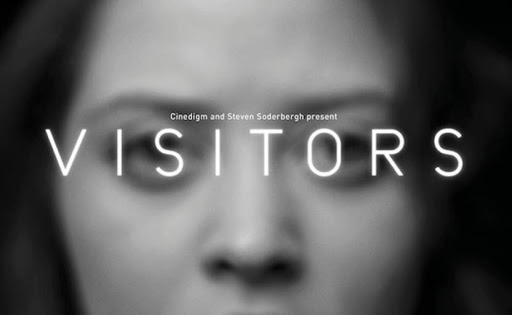 Within 2 minutes it was clear that Visitors was not going to be my cup of tea.

Described as "revealing humanity's trance-like relationship with technology, which, when commandeered by extreme emotional states, produces massive effects far beyond the human species", in reality it is just 90 minutes of close-ups of people's faces interspersed with shots of abandoned amusement parks.

That might sound harsh and I'm sure that it trying to say something about the human condition, etc, etc but it went completely over my head.

If it was about visitors from another world looking at us then Under The Skin did a much better job of that earlier this year.

This felt like something that would be interesting if you spent 10-15 minutes watching it in an art installation as the cinematography and score by Philip Glass were excellent however a 90 minute long silent film was just too much to be endured at the cinema.