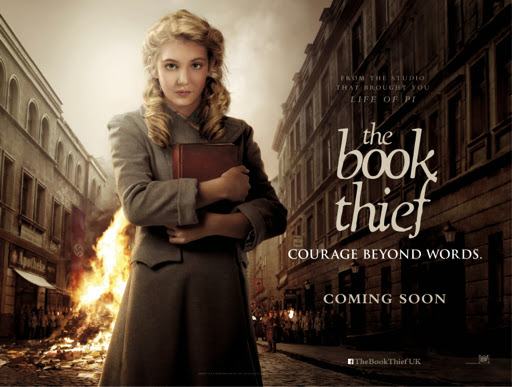 Despite being set in Germany during the Second World War, The Book Thief is based on a book by an Australian author which was extremely popular in the UK and US and it has clearly been made with this built-in audience in mind.

This has produced several linguistic inconsistencies throughout the film that include:

The characters speak English with German accents yet at times others speak in German with English subtitles.

Posters, shop signs and book covers are written in German text but the words written inside the books are in English.

Coupled with a narrative voiceover from Death (no, really. Apparently it is a big deal in the book) that is far too posh and infrequent to really have any effect other than perhaps signpost the ending, these elements serve to keep pulling you out of the film.

Everything about the film: based on a book, great cast (particularly young Sophie Nelisse), tough subject matter, inspiring message (reading is good), John Williams score, etc made it look like this would be a terrific final product but instead it is simply OK and the softest depiction of World War II I can remember in a long time which just proves that you can't judge The Book Thief by its cover.