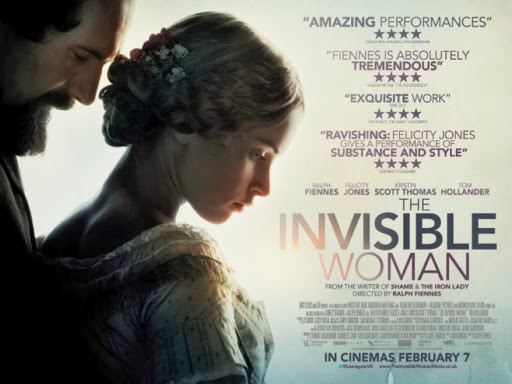 What the Dickens? Ralph Fiennes follows up his directorial debut of Coriolanus by taking on another one of Britain's greatest writers but this time it is a biographical tale of Charles Dickens and his secret affair with Nellie Turnham, played by rising star Felicity Jones.

Given the success of his first film and the talent on show, it is fair to say there were Great Expectations for this one.

Felicity Jones gives a commendable performance as the young woman who becomes involved with Dickens but can never wrestle the man away from his public persona.

Fiennes' has expertly recreated Dickensian London, Manchester et all yet his Dickens; a man torn between his family life, his attraction to Nellie and the life of "Charles Dickens", ultimately remains as blank as an empty page waiting for it to come to life with his words.

The Invisible Woman in Dickens life may have become a fully fleshed out character but those looking for more on Dickens himself will find him as hollow as the Invisible Man.