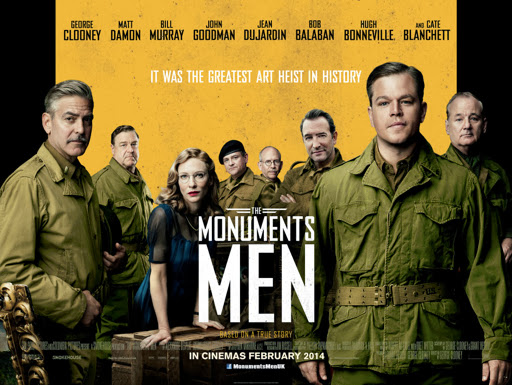 In the 2013 film Trance, art auctioneer Simon says "No piece of art is worth a human life".

The Monuments Men spends its 118 minute running time arguing that it is, several of them in fact.

The plot sounds like Ocean's WWII with George Clooney assembling a team of art experts to go into the war zone and protect and retrieve some of the most important historical and cultural artefacts.

The team includes people like Matt Damon, John Goodman, Bill Murray, Jean Dujardin and Hugh Bonneville but one of the film's biggest problems is that as soon as they get together, they split off into pairs or solo missions and you spend so little time with each person it is difficult for them to make any real impression, which makes it difficult when some of the cast meet their maker.

It feels like a waste of a cast that clearly has genuine chemistry together (as evidenced by Damon, Bonneville and Murray on the Graham Norton show) but there is never the chance for them to display it here.

With the cast spread out over Europe, tonally the film is similarly all over the place. Is it meant to be a light-hearted WWII romp a la The Great Escape, hard-hitting war movie or art history lesson on this forgotten tale? The film never seems sure in itself and suffers as a result.

The Monuments Men is unlikely to be a film that anyone will give their life to try and save in order to protect it over other classics in cinema history.