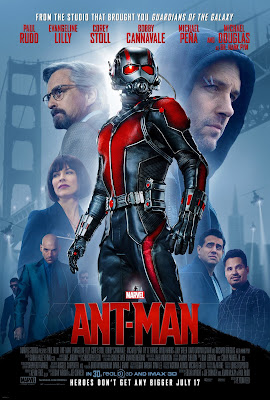 The greatest "What If?" in the history of the Marvel Cinematic Universe. Out there in the Quantum Realm somewhere there is a version of the MCU that still features an Ant-Man that was directed by Edgar Wright.
Fans of the Cornetto Trilogy were feeling rather negative towards the film before it came out, saying that this was finally going to be Marvel's first genuine misstep and flop but...
Trust in Feige and the MCU because in spite of all the troubles and issues going into the production, the final result is actually a very fun and enjoyable Marvel film, albeit it on a smaller scale than Age of Ultron (pun intended) and the perfect palette cleanser.
Paul Rudd is a fantastic choice for Scott Lang, who is drawn into a scheme to stop the original Ant-Man Hank Pym's protege from recreating the technology. He perfectly captures the wide-eyed cynicism to the ridiculousness of the entire situation and it helps draw the audience into this world.
It certainly plays to Rudd's strengths, playing up the humour "Baskin Robbins always find out" and he is given a terrific sidekick to spark off in Michael Pena's Luis with his fantastic flashback explanations.
NB: Marvel, please release the Comic-Con video of Pena explaining the entire MCU history to Michelle Pfieffer before Infinity War comes out!
While Pym has handpicked Scott Lang to be the one to take on the mantle (or should that be Antle) of Ant-Man, this puts Scott at loggerheads with Hank's daughter Hope Van Dyne (Evangeline Lilly) who believes she is the worthy successor but at odds with her father because of a past family tragedy that will drive the narrative forward in the sequel Ant-Man and the Wasp.
With Marvel keen to put a different spin on each of their movies, this one can definitely be described as a heist movie with a lot of time spent on Lang training for the job (including the contractual Marvel shot of Rudd with his top off to prove that he has worked out enough to have a six-pack) and putting the plan into action.
Peyton Reed does a good job of delivering the action but there are still moments in the film that still feel like Wright (he retained a screenplay credit) such as the train fight sequence at the end with a cameo from Thomas The Tank Engine.
However if there is one person who deserves a huge amount of credit for the success of Phase 2 and 3 in the MCU, it is the person responsible for the visual effects that de-aged Michael Douglas in the opening scene as the result is astonishing (and would be repeated in Civil War and Guardians Vol. 2). It is creepily realistic and they deserve a pay rise! 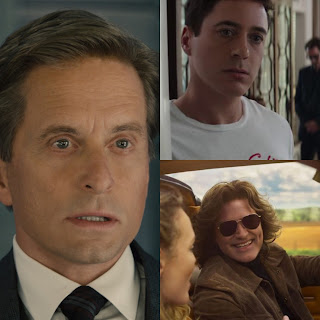 Also, it doesn't get mentioned a lot but one would argue that Ant-Man features that saddest death in the MCU outside of Guardians of the Galaxy Vol. 2!