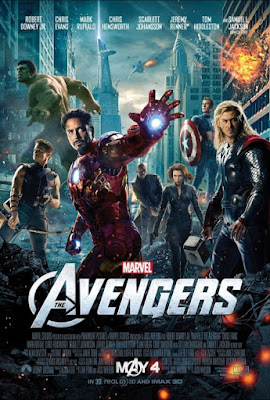 The Avengers was the film that proved dreams really do come true. They came true for Kevin Feige. For Stan Lee. For all Marvel fans.
For all the talk about "Infinity War is the most ambitious crossover film event of all-time", that would not have been possible if The Avengers.
The comic book movie had only really begun to find its feet again in 2008 following the disastrous Batman & Robin nearly destroyed the genre. Sure there was the odd success like X-Men or Spider-Man but 2008 saw both Marvel and D.C. delivering the goods with Iron Man and The Dark Knight.
Doubling down on the success of their individual movies, Marvel Studios now successfully pulled off something that seemed impossible at that stage. A superhero team up where all their heroes appeared in the same film... not only that but it totally worked and a lot of that credit must go to Joss Whedon.
Best known for Buffy The Vampire Slayer, Whedon had only directed one feature film at this point but that film was Serenity. A big screen sequel to his cancelled TV show Firefly, it proved that he could perfectly balance an ensemble cast in a movie. Never losing sight on the story but also giving every character their chance to shine... and also never afraid to kill someone off if it was serving the plot!
It might not be the *best* MCU film in the series now (that title goes to Civil War) but it is probably has the highest number of "geek out", "mark out" moments that had fans cheering in the cinemas.
The first half of the film does get bogged down a little bit by having to reintroduce all the main characters into the story but once they are all aboard the Helicarrier, it is just pure comic book joy.
One of the best scenes, that shows how well Whedon understands and showcases the characters and relationships between them, is when the heroes start to argue with each other after it is revealed that Fury is using the Tesseract to build weapons, which he blames on Thor which sparks Tony and Steve to have a pissing contest, all the while threatening to set off the Hulk (played with wit and intensity by the new Bruce Banner Mark Ruffalo).
Once the film gets to the final battle, Whedon gives the fans exactly what they want with that incredible 360 degree shot of the team finally assembled; the tracking shot of them all in action against the Chitauri and the Hulk/Loki "Puny God" exchange.
It was a game changer for the genre, the first movie to take over $200 million in its opening weekend and showed just what could be achieved by Marvel Studios and the Extended Universe idea. Something that no other studio has successfully managed to replicate.