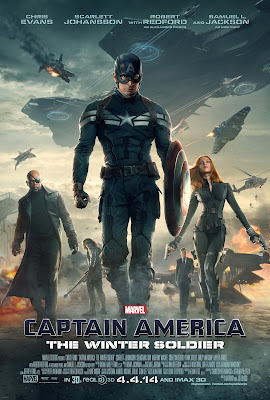 For me, Captain America: The Winter Soldier is the MCU's The Dark Knight. This is the film that proved that Marvel can not only produce great comic book movies but a genuinely great movie that transcends the genre.
And all that from the two guys who directed You, Me & Dupree!
The film does a fantastic job of developing the character of Steve Rogers, who not only finds himself "out of time" but also at odds with the people who give him orders. Is he fighting for the good guys anymore?
It is an interesting storyline, particularly given the modern world in which we live where surveillance and data is such a huge issue, and Captain America is the perfect conduit in which to funnel the story through.
It is also the film that hinted that Kevin Feige was not a fan of the Marvel TV shows at that time and took a giant steaming dump on Agents of SHIELD, forcing them to change their entire direction, when it is revealed that HYDRA has been infiltrating SHIELD ever since the Second World War, giving rise to the incredible "Hail Hydra" memes whenever anyone was photographed hugging someone. 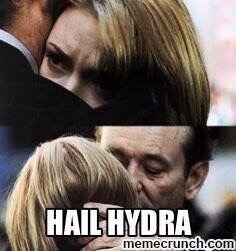 While the film was tearing down SHIELD, it was building bonds and relationships for Rogers with the introduction of Sam Wilson (Falcon), his right hand woman Black Widow (Evans and Johansson are terrific together in this) and the return of Bucky Barnes as the Winter Soldier.
It also gives the MCU its most heartbreaking moment to date when Steve is finally reunited with Peggy Carter after all these years only to discover that she has Alzheimer's and must relive the joy and pain of seeing him again for the first time over and over, and Atwell is magnificent in that scene.
What elevates Winter Soldier over other MCU films at this stage are the action sequences which are the finest in the saga. The choreography, cinematography and storytelling are exceptional AND they are predominantly achieved through practical effects which is probably a first for the MCU.
It is not just one set piece either. From the opening tanker rescue mission to the final fist fight between Steve and Bucky, there are a number of action sequences that would easily make the overall top ten including the elevator fight, Fury's car chase and the freeway shootout.
The Avengers might still have the "Wow" factor and more geek friendly moments, but Winter Soldier is Marvel working at the peak of its collective abilities and was the beginning of the passing of the torch from Whedon to the Russos as the go-to-guys for Marvel Studios and based on this first effort, as Cap would say "I'm with you till the end of the line".