Mooltipass - better than an Oyster card 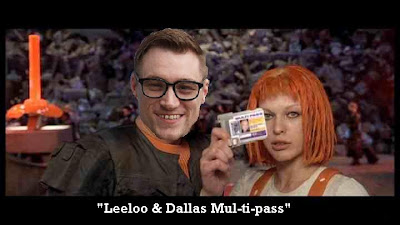 I worry that now I'm only working part time at the weekends, I may have too much time on my hands!
Posted by Dallas King at 10:46 No comments:

I did a double bill at the weekend of Grosse Pointe Blank and High Fidelity. Not only two of my favourite films but two of John Cusack's best performances.
Which reminded me of an interview he gave at the time of the release of 1408 where he said that "I've made 10 good films. I'm sure you know which ones they are. The rest I tend to blank out, it's like I've never made them".
10... out of a total of 48 (that he had made by 2007... he didn't even get to blank out 2012 as absolute shit by this point!), can that be right?
Did John Cusack have a moment of Shia Labeouf-type honesty, or is he being a bit too harsh on himself? 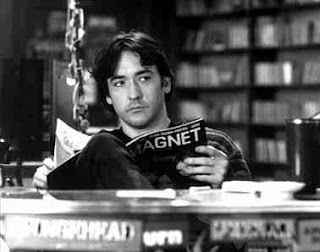 The article went on to speculate what the ten good films are:
The Sure Thing, Eight Men Out, Say Anything, The Grifters, Bullets Over Broadway, Grosse Pointe Blank, The Thin Red Line, Being John Malkovich, High Fidelity and Max.
A good list but I personally feel it has two glaring omissions:
Stand By Me. I know he is only in it for a couple of minutes as Gordie Lachance's older brother Denny but it remains a classic Eighties movie for my generation,
and...
one of the most gloriously OTT action films of the Nineties, Con Air. 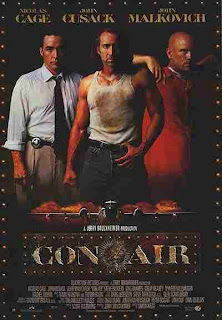 I'm sure Robbie Collin would include Hot Tub Time Machine in this list but I remain unconvinced!
Posted by Dallas King at 09:12 No comments:

Below are my top ten films of 2011... so far. It might surprise you, as it did me, to see a high quantity of mainstream films making up the ten, especially considering the big summer blockbusters like Pirates 4, Hangover 2 and Transformers 3 have been terrible. Is it just that that by working 60+ hours a week at The Belmont while I was still there prevented me watching some cool, indie, foreign language films, or are my tastes becoming more mainstream in my old age? I guess I'll find out for sure at the end of the year when I do my final list!