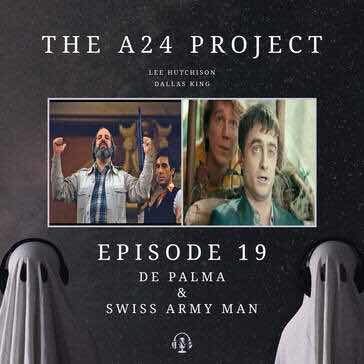 Alternatively, you can download or stream The A24 Project on Apple Podcasts, GooglePlay, Spreaker and Spotify.
Posted by Dallas King at 21:00 2 comments: 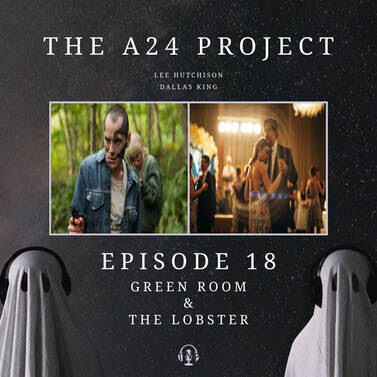 What's your desert island band and if you were to be transformed into an animal what would it be?

Lee Hutchison and Dallas King look at Green Room, about a punk rock band who are forced to fight for survival after witnessing a murder at a neo-Nazi skinhead bar. The film stars the late Anton Yelchin who died tragically after the film was released, we celebrate his short but special career. We also discuss The Lobster directed by Yorgos Lanthimos, one of the most original films in the A24 catalogue, it's set in a dystopian near future, where single people, according to the laws of The City, are taken to The Hotel, where they are obliged to find a romantic partner in forty-five days or are transformed into beasts and sent off into The Woods.

In A24 Hour News, we look at the success of The Lighthouse at the Cannes Film Festival.

Alternatively, you can download or stream The A24 Project on Apple Podcasts, GooglePlay, Spreaker and Spotify.
Posted by Dallas King at 21:00 No comments: