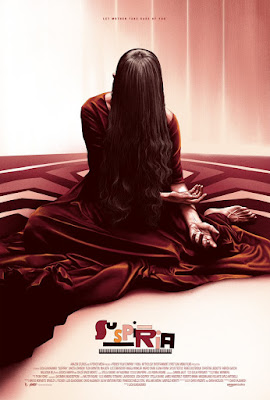 "When you dance the dance of another, you make yourself in the image of its creator"
It would be fair to say that fans of Suspiria may not initially recognise that film in Call Me By Your Name director Luca Guadagnino's remake/adaptation in "six acts and an epilogue"
Yes, it is set within a German ballet school which is run by a coven of witches, and the character names are the same, but that is where the similarities end.
Gone is the bold vivid colour palette, replaced with a more muted tone to keep in the 1973 Berlin setting. Instead of Goblin's Italian funk soundtrack, we have Thom Yorke picking up Jonny Greenwood's baton and moving into the film score business. And the iconic death sequences the original are annexed in favour of something else entirely... something that is too deliciously delirious to spoil.
Guadagnino's psychological fever dream is a completely different beast to Dario Argento's original 1977 Giallo horror film.
The story is set within the world of dance and Argento and Guadagnino's two version feel akin to two separate choreographers taking a different approach and adaptation to the text. Both are unique, wonderful pieces of work but also can exist within the same universe.
Similar to how directors will adapt Shakespeare into modern settings to give new historical context and show the universality of the stories, this version is set in Berlin 1976 at a time of a divided city, set for rebirth.
Where Argento's movie was frenetically paced, leaping straight into American Susie Bannion's arrival at the school followed by a horrific murder set piece, Guadagnino opts for the slow burn.
The film takes its time building its two central plots (Susie's meteoric rise to lead protagonist in the company and Dr. Josef Klemperer's search for Patricia (Chloe Grace Moretz), the girl Susie replaced) before dovetailing the two together in Acts V and VI which are some of the most spectacularly beautiful, terrifying and insane filmmaking you will see all year... and this is coming from someone who has seen Mandy.
Dakota Johnson, written off by many for starring in the awful 50 Shades films, proves that she is a fantastic actress who will likely follow the same career path as Kristen Stewart after Twilight (which the 50 Shades of Grey books were actually inspired by).
Her performance evokes memories of Natalie Portman in Black Swan as the physicality of the dance is easily matched by her emotional journey as she is pulled deeper and deeper into the conspiracy within the dance school. One that is orchestrated by her teacher and mentor Madame Blanc. Tilda Swinton is the perfect actress for a role like this (and potentially a few others). Her otherwordly appearance and ability to turn from warm to villainous on a dime is used to full effect. Plus the smouldering sexual tension between Swinton and Johnson towards the end is off the charts.
During one private lesson, Blanc tells Susie "There are two things that dance can never be again. Beautiful and cheerful. Today we break the nose of every beautiful thing"
Suspiria is certainly not cheerful and in the world of interpretive dance, there are many that will not like this interpretation of the material. But all art is subjective and while Guadagnino may break the beautiful face of Argento's Giallo classic, from the broken pulpy mess that remains he reaches in and moulds it into something even more beautiful. The same heart reborn with a new visage that is better than the original. 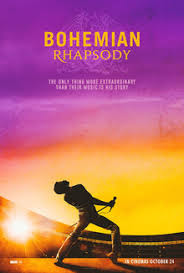