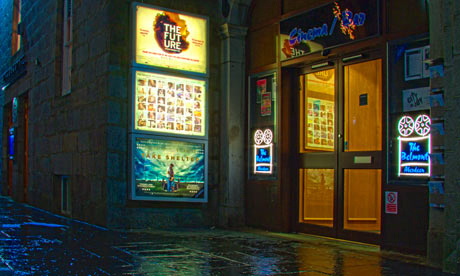 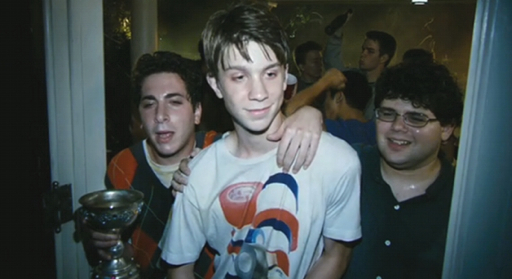 Where do I start with Project X?
Perhaps with a disclaimer that I am not without a sense of fun. I have been to and hosted several parties. I've played drinking games, done beer pong, danced like nobody's watching and struck out/had success with members of the opposite sex at such events... but after sitting through 88 minutes of what was supposedly "the greatest party ever", I am clearly getting "too old for this shit" as Project X is one of the morally vacuous, repellent pieces of "filmmaking" I've ever had the displeasure of witnessing.
Coming out just a few months before American Reunion, it is hard not to wonder what has changed in the 13 years since Jim first had sexy time with some shortcrust in American Pie?
Pie's plot, like Weird Science before it and Superbad after it, revolved around the age old problem of horny teenage boys trying to get lucky with unattainable high school girls.
Where they succeeded, and this film spectacularly bombs, is that underneath all the lewd, crude and rude behaviour (and the laughs that go with it) was that they had heart.
A geek like myself could relate to the likes of Jim, McLovin and Anthony Michael Hall and would root for them to get the girl in the end. All I was rooting for the protagonists in this film was for a long, slow agonising root canal.
The central trio here of Thomas, JD and the utterly repellent and obnoxious Costa decide to throw a party for Thomas's birthday while his parents are away for the weekend. Before you can say Jaagerbombs, the "small gathering" has turned into a full scale Old School style house party that soon descends into scenes reminiscent of the recent London riots.
Beyond the glamourising of underage drinking, promiscuity, drug use, destruction of property, blah, blah, blah, the thing that left me with such a bad taste in my mouth that need a keg of mouthwash to get rid of it, was how no one seemed to take responsibility for their actions.
*spoiler warning* during a rushed epilogue on the morning after the night before, the three boys who organise the party, albeit indirectly responsible for much of the chaos, so no real remorse and are treated like celebrities at the school. Even Thomas's dad seems impressed that his "loser" son, his words, had it in him to start an event that would result in their house being burned down *end of spoilers*
But I should really get off my high horse now and stop complaining about "the youth of today" as my issues with the film go far beyond any moral high ground and concern the quality of the filmmaking in general that barely musters any form of script or characterisation beyond stereotypical cliches.
It is the latest film to use the found footage concept and for every film like Troll Hunter or Chronicle that tried to breath new life into an increasingly tired concept, Project X does its very best to drive the last nail into its coffin.
The Blair Witch Project was one of the first, and most successful, films to use the idea of found footage and worked because it presented a video evidence edited to document what had happened to the three filmmakers who went missing in the Burkitsville woods.
Here we are shown the evening's debauchery and mayhem mainly from silent Goth Dax's camera (who conveniently seems to be at the right place at the right time to catch all the action to further the subplots) but there is a wide variety of different camera perspectives including news reports, camera phones and others which show amazing high definition and underwater capabilities.
Who edited all this footage together? How did they get access to all this public and privately owned footage? It doesn't make any sense whatsoever.
That being said, whilst it doesn't ring remotely true or in keeping with the genre, the one positive aspect of the film is that it is shot and edited incredibly well. A little too well though as it comes across as the world's longest episode of Skins, starring the casts of The Only Way Is Essex and Jersey Shore, styled by Abercrombie and Fitch and given an MTV soundtrack.
Chris Hewitt of Empire magazine has written an equally vitriolic and scathing review where he called it "possibly the worst film of the last 20 years" and I joked to him on Twitter (after stupidly going to see it to find out if it was as bad as he said - it was) that I would need a Project Xorcism to expel the 88 minutes of my life that have been poisoned by this repellent garbage that has been vomited into theatres by a drunken teenager who has done one too many tequila shots.
Project X is one party that I am glad that i'm not on the guest list for, and if anyone should offer you an invite to it please, please, please RSVP with a resounding HELL NO!