Much Ado About Nothing - GFF review 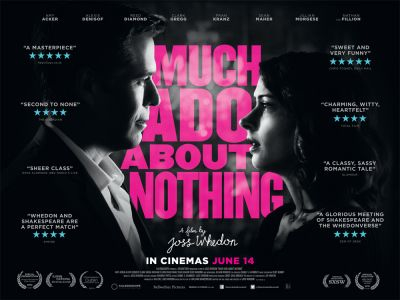 Back in February, the Glasgow Film Festival was lucky enough to host the first UK screening of Much Ado About Nothing or "Joss Whedon, I Know What You Did Last Midsummer Night's Dream".
Many people, including Joss himself, must have been asking the question "What does a man who has just directed The Avengers, the third highest grossing film of all time, do next?". Ay, therein lies the rub...
Yet rather surprisingly the answer was not "I'm going to Disneyland" but instead he took the opportunity to brush up his Shakespeare and film a black and white adaptation of one of his plays in his own house with all the parts being played by his actor friends, all in the space of a Twelfth night.
Two weeks in the Magic Kingdom it was not, or perhaps it was depending on your point of view.
Now modern takes on Shakespeare are nothing new and have taken many forms over the years from musical (West Side Story) to teenage rom-com (Ten Things I Hate About You) but what has always been tricky is combining a contemporary setting with the original text.
The most successful of these has been Baz Luhrmann's "William Shakespeare's Romeo & Juliet", which managesd to stay faithful to the Bard but opened up his work to a brand new generation.
It is certainly possible that Whedon's work could have a similar crossover appeal, especially with it being marketed as "From the director of The Avengers", and he's avoided the tragedy of "For never was a story of more woe, than this of Juliet and her Romeo", instead opting for a comedy of errors and one of Shakespeare's funniest that you could describe as "For never was a story of more wit, than this of Beatrice and her Benedick".
With the rapid-fire dialogue, battle of the sexes and striking black and white cinematography, this adaptation has the feel of a screwball comedy from the Thirties or Forties.
The Cary Grant/Katherine Hepburn of this particular production are Alexis Denisof as and Amy Acker.
Both are completely at ease with the fast-paced, whip-smart dialogue and also adept at comedy as evidenced by Acker's pratfall down the stairs and the sequence where Denisof combat rolls outside a window whilst spying on a conversation about him.
Whedon's version certainly does play up the comedy but never at the expense of the romance which has a real spark, helped by the fact that the two have played lovers in the past on Angel.
By adding a scene at the beginning of the film which reveals a past tryst between Beatrice and Benedick, it puts a fresh spin on their relationship.
There is always a danger with this play that it could become the B&B show but of course this is a Joss Whedon movie, and therefore a perfect ensemble piece with not a weak link in the cast from Sean Maher's dastardly Don John, Agent Coulson Clark Gregg's loving father Leonato to Nathan Fillion's security chief Dogberry who secures the film's biggest laughs with his constant iterations that "forget not that I am an ass".
Casting his friends in the roles not only helped the production as Whedon had confidence in their abilities to deliver in such a short time scale but the sense of family that he has built up over the years with his actors transfers to the screen in this play where family plays an important role to the story.
The adaptation, set in the world of war heroes and politics, contemporises the text and while the words still hold their power (even if it does take a little time to acclimatise to the rhythms of the speech) some of the behaviour and romantic notions will still be considered odd and old-fashioned by some audiences but love is eternal and hey, remember this is Shakespeare, the man who had two teenagers kill themselves after knowing each other for only a week, so what are you going to do?!
So all's well that ends well for Joss Whedon because this labour of love is anything but lost because, measure for measure, Much Ado About Nothing is one of the best Shakespearean adaptations to ever grace the silver screen. 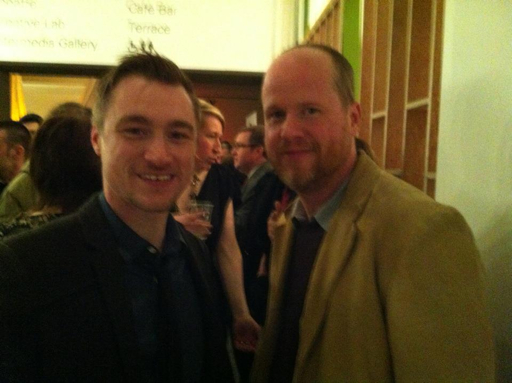 Desperately trying not to geek out... Joss managed to keep his cool ;-)

Following the screening, Joss Whedon was on hand to take part in a Q&A and was met with a rapturous reception from the GFT audience.
Below is a video of the Q&A in which Joss was on excellent form and as eloquent, witty and self-deprecating as anyone who has listened to any of his DVD commentaries can attest to.
Highlights include talking about how he first developed a love for Shakespeare, the decision to film in black and white, winding up Nathan Fillion and that if he was to do another film like this following Avengers 2 it would be Hamlet.

P.S. The silly and off-topic Cabin In The Woods question was mine! 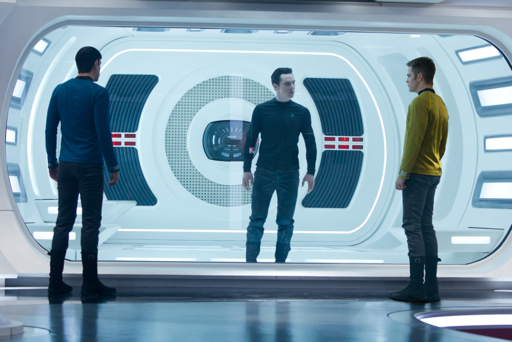 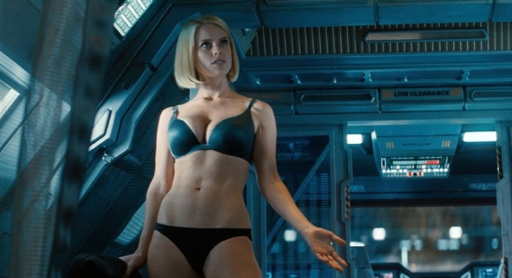