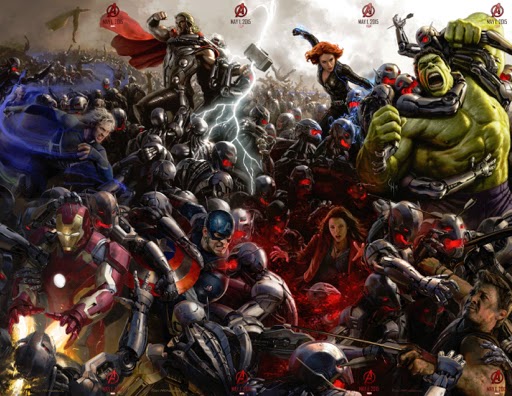 In 2012's The Avengers, Nick Fury and Joss Whedon were both faced with an impossible task:
How do you solve a problem like Maria Hill? Just kidding.
No, I obviously meant how do you bring together Marvel's greatest individual superheroes together into one successful and cohesive unit?
Well thanks to Whedon's writing and directing skills, the answer was... "Very easily" because it became the most successful comic book movie of all-time.
It couldn't have been easy coming back to try and achieve the impossible one more time. Particularly when Marvel Studios have really raised their game in Phase 2, with them on their best run of movies so far with Iron Man 3, Winter Soldier and Guardians Of The Galaxy (we'll skip over Thor: The Dark World).
Thankfully Joss is up to the task, delivering a film that simultaneously feels bigger in scale but more intimate in terms of character development.
Following an attack on a HYDRA base, Tony Stark is haunted by a vision of a world (and Avengers) defeated by the return of the Chitauri army.
He creates the Ultron program, designed to be "a suit of armour around the world", but as anyone who has ever seen a movie about artificial intelligence would know, it is not the best idea as any Skynet-esque defence system will soon realise the best way to protect the Earth is to rid it of its most destructive force... Humans.
And so Ultron is born. Brought to life (so to speak) by a fantastic vocal performance by James Spader who brings charisma, humour and villainy in spades.
He recruits two "Enhanced" characters, whatever you do don't call them "mutants", in the form of super fast Pietro and telekinetic Wanda Maximoff to take down the Avengers whilst preparing his masterplan.
As if that wasn't enough for them to deal with, the Avengers all have their own issues going on:
Stark is faced with the Frankenstein-esque guilt of his creation. Black Widow and Bruce Banner are getting close but the Hulk keeps getting in the way, with them sharing one particular exchange reminding us of Whedon's work in Buffy. And it nice to see Hawkeye finally get a proper story arc with a surprise reveal as to his past.
As mentioned before, the action set pieces are HUGE and while at the end it once again falls into the third act trap of people fighting metal men but interestingly there is continuous mention of how Captain America and the gang focus on saving lives and minimising damage.
Was this a deliberate middle finger to Man Of Steel? I for one like to think so.
Every single member (of the ever expanding team) gets a chance to shine with the movie's most crowd-pleasing moment going to new character Vision.
On first viewing there is just so much happening in Age Of Ultron that it seems overwhelming and certain bits can feel lost in the overall mix but it could benefit from repeat viewings.
Overall Whedon has once again assembled a great movie out of Hollywood's biggest and busiest franchise and his absence going forward will be sorely missed.
In the meantime with Marvel Studios advancing to Phase 3 and rumours of the fall-out of this film affecting the plot of Captain America: Civil War does this make Age Of Ultron technically aka Ul-Tron Legacy?
4 stars
Posted by Dallas King at 02:24 1 comment: 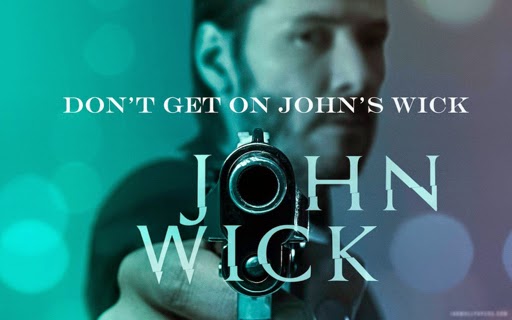