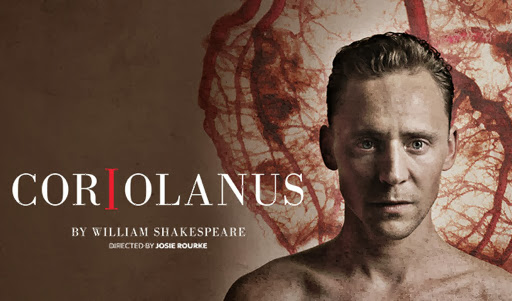 "You either die a hero or live long enough to see yourself become the villain."

Shakespeare? Not quite. The quote actually comes from The Dark Knight but it does perfectly capture the dilemma facing the character of Caius Martius in William Shakespeare's final tragedy Coriolanus.
It is one of the Bard's lesser performed works, yet Ralph Fiennes directorial debut in 2011 managed to use the medium of film to bring its grisly battles and scenes of the angry masses to life.
For this production at the Donmar Warehouse, under Josie Rourke's direction, it has been stripped back (sometimes literally) to the bare essentials.
A brick wall becomes graffittied with messages that echo the voice of the people, the cries of the masses amplified through sound design and the battles kept off-stage save for one physical bout of hand-to-hand combat.
Rourke recognises that despite the scale and settings of his plays, Shakespeare's work is ultimately about the people and the dialogue.
The external conflicts give way to focus on the internal conflict within one man.
Caius Martius is a proud and decorated soldier, almost bred for the purpose of war by his mother. Yet while he is willing to fight and die for his city, he has a deep disdain for the politicians who govern it and the people he protects within it.
When he is elected to the senate after single-handedly taking an enemy city, a plot emerges to expose his true feelings to the people and strip him of his power (after all, who doesn't like to see a politician publically disgraced?), but it could have dangerous repercussions for Rome as hell hath no fury like a soldier scorned.
Shakespeare's plays have been performed in theatres for over 400 years and part of this longevity has been the ability to make these ancient texts accessible and appealing to new generations.
They can initially appear daunting to some but by adapting the plays to more modern settings and incarnations on stage (the National Theatre's recent runs of Hamlet and Othello for example), on film (Joss Whedon's Much Ado About Nothing and Baz Luhrmann's Romeo & Juliet), or even making them watch it without realising (West Side Story, 10 Things I Hate About You, The Lion King), it helps to introduce new audiences to the Bard.
Another way of increasing awareness is by casting actors who are better known for their work in the world of TV and film. This year alone has seen the likes of James McAvoy, Jude Law and David Tennant take on some of the biggest roles in Shakespeare's back catalogue including Macbeth and Henry V.
Tom Hiddleston is the latest name to tackle the Bard but this is certainly not a case of mere stunt casting. Hiddleston is an experienced stage actor in his own right, winning an Olivier Award for Cymbeline, plus has a self-confessed love of Shakespeare, previously appearing in Othello at the Donmar and Prince Hal in the BBC's The Hollow Crown series.
He might be best known for being Loki of Asgard in Thor and The Avengers but he is burdened for glorious purpose on the stage once more. 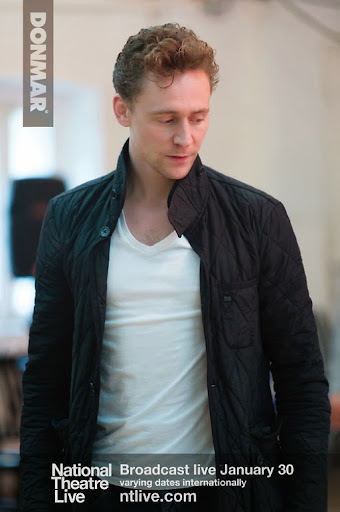 Hiddleston commands the stage with a brooding, physical presence and also has a tremendous command of the Shakespearean dialogue, at ease delivering speeches to both armies of soldiers in the field of battle or politicians in the senate. The highlight comes during one of the few real monologues in the play, a spellbinding scene where Martius kneels before his enemy Aufidius and offers him his throat to spite the Romans who banished him. His Martius is not all pomp and bravado however; Hiddleston peels away the layers to reveal the sarcastic nature of his true feelings towards politics, the vulnerability at the heart of his Achilles heel, his mother, before being laid bare to the audience in a shower scene that exhibits the true cost of his many years in battle.
He is ably supported by a small yet hugely talented cast including Deborah Findlay as his mother Volumnia and Mark Gatiss as senator Menenius, who brings out the pathos of being turned away by the man he used to look on as a son and bleak future for his city for "This Coriolanus has grown from man to dragon".
The intimacy of the Donmar Warehouse space really helps to heighten the performances and even standing in the circle, you can still see Hiddleston's face begin to crack with emotion as his mother pleads with him to call off the siege of Rome.

While it is fair to say that there is not a bad seat in the (Ware)house, the problem is actually getting one as the popularity of the production meant that the entire run sold out as soon as tickets went on sale. However thanks to National Theatre Live audiences can watch the play performed and transmitted live via satellite at their local Picturehouse cinema on Thursday 30th January at 7.00pm.
Tickets can be booked here.