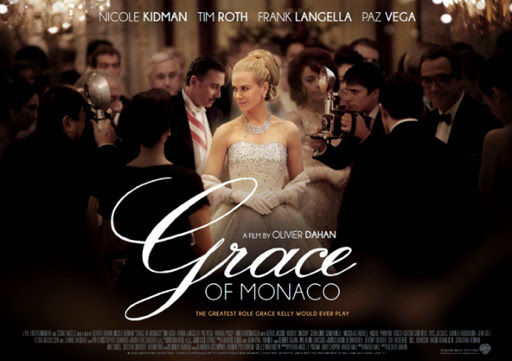 It fails to deliver what one of the most beautiful stars that ever graced the silver screen had in abundance: Grace, beauty and elegance.

This film is so heavy-handed in its execution, it feels like it was made with boxing gloves.

Whether it is the overly-dramatic score that ramps up emotion or a sense of danger that simply isn't there, a camera that seems fixated on Kidman's eyes with many scenes consisting solely of Wayne's World-style "extreme close ups" and an unintentionally hilarious training montage where Derek Jacobi holds up cards with feelings written on them that Kidman has to express.

We get cards that read "Anger", "Trust", "Regret" yet the resulting expressions only reminded me of Derek Zoolander's various "range" of looks like Blue Steel, Ferrari and Le Tigre.

The final nail in the coffin has to be Grace Kelly's big moment at the end of the film where she finally delivers on her promise and duties after transferring from High Society to high society by giving a speech about how living in Monaco is like a fairy tale and please don't destroy our fairy tale by making us have to pay tax.

Given the current economic climate and the news stories about Amazon, Starbucks and Gary Barlow, I'm sure this will have the exact opposite effect that the movie had planned.

Somebody had better Dial M for Murder because Olivier Dahan has just killed the Princess of Monaco in a biopic that is as big a car crash as Diana that proves once and for all that Australia actresses shouldn't play royalty.