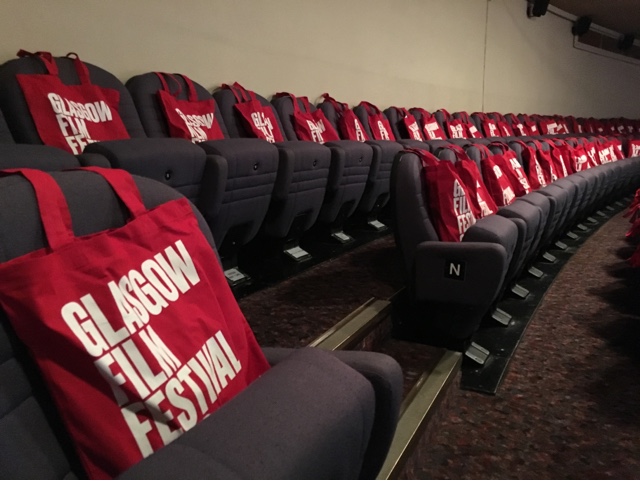 Last night was the opening gala for the twelfth Glasgow Film Festival which is now one of the “<i>biggest film festivals in the UK… and Europe!</i>”, as proudly stated by Festival co-directors Alison Gardner and Allan Hunter during their welcome, flanked by Roman Centurions.

The festival kicked off with some good old-fashioned Hollywood glitz and glamour in the form of the UK Premiere of the Coen Brothers new film <i>Hail Caesar!</i>… hence the aforementioned centurions. 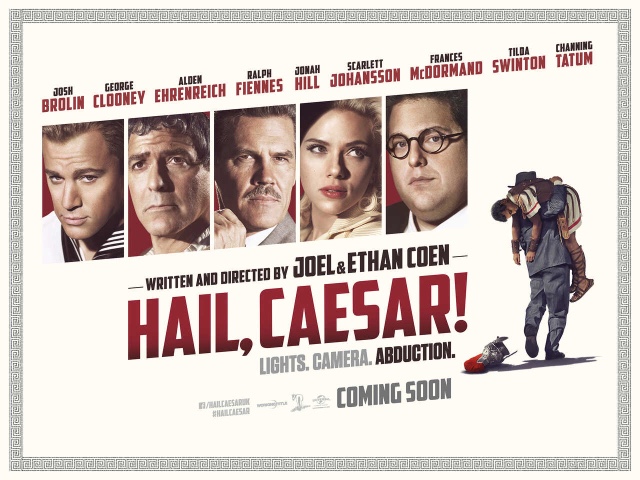 <i>Hail Caesar</i> looks at one day in the life of Capitol Pictures resident studio “fixer” Eddie Mannix (Josh Brolin)who faces a delicate juggling act trying to get four different productions and their problems back on track and out of the gossip columns. This proves particularly difficult when his biggest star Baird Whitlock (George Clooney) is kidnapped by a group of communist screenwriters known as “The Future”.

On the surface, the film is a love letter to the golden age of the studio system.

There is the big budget Roman epic Hail Caesar!; a Busby Berkeley-esque synchronised swimming dance number with Scarlett Johansson as a mermaid; Channing Tatum as a Gene Kelly-type dancing up a storm in a tap dancing number featuring a score of sailors and seamen singing about the life they’ll have on sea with no dames around; and in the film’s funniest scene, a stuffy English director struggles to mould an actor best known for cowboy pictures into a straight costume drama, would that it were so simple!

Underneath however there is an underlying criticism of the current Hollywood system. In <i>Hail Caesar</i>, the kidnappers of Baird Whitlock are a group of communist screenwriters who believe that it is unfair that the studios profit from their work, with none of them seeing any reciprocal reward and even blacklisted and shut out of the system when they attempt to write anything new or subversive into screenplays that doesn’t fit into the studio’s ideals.

This could be seen as a comment on the frustrations of the screenwriters and filmmakers face in the Hollywood of today, where the main focus is the generation of profits through endless remakes and sequels and where the commissioning of original screenplays is much rarer, particularly in a system where there is a massive gap in terms of budgets where the mid-sized picture with a budget of $40-80 million doesn’t really exist anymore. Instead it is $2-10 million indie or a tentpole $100-150 million blockbuster.

It also fits in to the larger Coen Brothers universe because Capitol Pictures is the same movie studio that Barton Fink worked at, and where he was ultimately blacklisted by a studio head for writing a “<i>fruity movie about suffering</i>” rather than a straightforward wrestling picture.

A minor criticism of a film filled with wonderful characters such as Ralph Fiennes’ director Laurence Laurentz and Alden Ehrenreich’s Hobie Doyle (who at one point actually performs a spaghetti western), it would have nice to spend more screen time with them as these characters tend to come in and out of the picture quite frequently but this is ultimately Mannix’s story.

One that Brolin plays well as a man trying to decide whether his time in the business is over, or perhaps it is the business itself that is over.

Ultimately, <i>Hail Caesar!</i> proves there is no business like show business! A sentiment echoed by the <b>Glasgow Film Festival</b> who not only put on a splendid after party complete with showgirls, lindyhoppers, champagne and canapés, gramophone DJ and photo booth but have assembled a fantastic programme of cinema over the next 11 days.