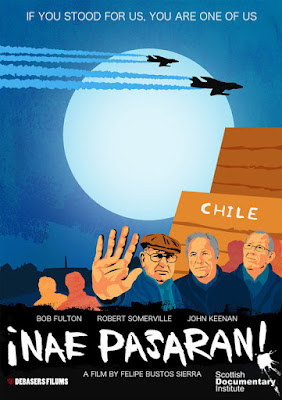 Not all heroes wear capes...

Gala screenings quite often feature standing ovations following the film to show respect to the filmmakers and cast & crew present at the event. However it is rather rare to attend a screening that starts AND ends with a standing ovation but that is precisely what happened at the Closing Gala for the Glasgow Film Festival on Sunday.
The first Standing "O" was for the staff and volunteers of the Glasgow Film Festival who were forced to battle the #BeastFromTheEast when Glasgow turned into the set from The Day After Tomorrow and forced them to cancel some screenings. Despite the terrible conditions, they worked tirelessly to ensure that as many events went ahead as possible to satisfy the insatiable appetite of film fans and they were rightly praised for their efforts. 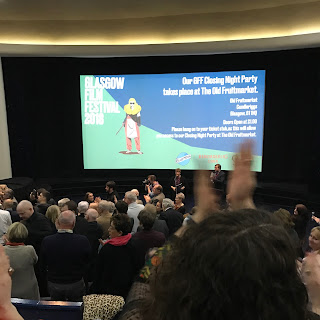 This was followed by the film closing the festival, documentary Nae Pasaran by Felipe Bustos Sierra. It explores the true story of the workers in a Rolls Royce engine factory in East Kilbride who refused to repair the engines destined for the Chilean air force so they could not be used to further the military coup in 1974.
Felipe interviews some of the men who refused to work on the engines including Bob Fulton who was the shop steward who made the call to "black" the engines. This was backed by the trade unions, essentially grounding much of the Chilean Air Force.
It is an incredibly powerful and emotional film and you could physically feel the affect it had on the sold out audience, many of whom having a direct link to those involved.
It wasn't just the factory workers who provided testimony but also some of the men who were in government at the time and became political prisoners and tortured by Pinochet's new regime.
These interviews were incredibly difficult to watch but from such pain and despair came hope when they heard about the Scottish protest over the radio and incredibly some of the men were released and found asylum in the UK when, still unconfirmed, they were traded for the release of four of the engines that were mysteriously taken from the factory after three years of sitting in a box on the grounds.
The film concludes with Felipe searching Chile for the stolen engines with the hope of returning them to East Kilbride as a symbolic gesture, along with the honouring of several of the Scottish workers by the Chilean government.
This brought the audience to wave after wave of rapturous applause before taking to their feet in a 10 minute long standing ovation for the cast, crew and the workers who attended the screening. 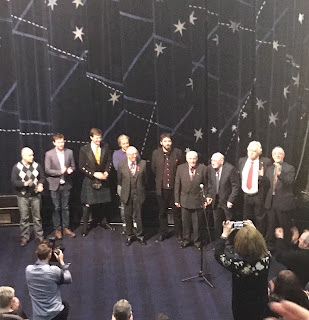 The film shines a light on a fascinating story from Scottish history, one that not enough people were aware of and demonstrates the power that an act of solidarity can have, no matter how big or small. It also showcased the power and importance that the trade unions had in the Seventies and how industry must look to the future and try to strengthen the unions' positions again in society.
The curtain came down for another year, the entire audience stood in solidarity of the incredible impact the men in front of them had made and for a festival that is equally forward thinking, inclusive and passionate.