This morning I travelled to Edinburgh, and more specifically, the Filmhouse to attend the programme launch for the 72nd Edinburgh International Film Festival.
Festival Director Mark Adams introduced us to the launch, the festival and went through a selection of his own personal highlights before making sure we all had our goodie bags...

With over 120 films in the official line-up it can be daunting to know where to start when deciding what to go and see. To help you out a little bit, I've gone through the entire brochure with my trusty highlighter and selected my top ten recommendations for what to watch this June.
Tickets are on sale now to Filmhouse & Belmont Filmhouse members and on sale to the general public from 10.00am on Friday 25th May. 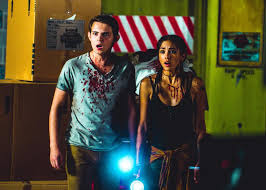 Screening 22nd & 24th June
Dubbed a razor-sharp synthesis of Scream and Cabin In The Woods, this meta horror sees a group of hardcore film fans having to use their knowledge of the genre to escape a horror movie festival when events take a gory turn. This could be one of the breakout late night hits of the fest.
To book tickets, click here. 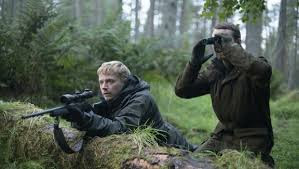 Screening 22nd, 23rd & 30th June
A World Premiere for writer-director Matt Palmer’s tale of two friends on a hunting trip in the remote Scottish Highlands that takes a deadly turn. The film also sees a welcome return for Festival favourite Jack Lowden who opened the Fest in 2016 with Tommy’s Honour and closed last year’s with England Is Mine.
To book tickets, click here. 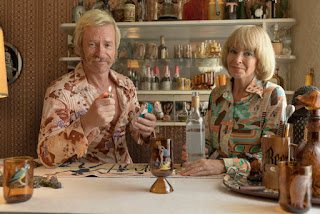 Sold on this film by the image of Guy Pearce with a moustache to rival Paul Rudd’s from Mute, this Australian comedy set in the “swinging Seventies” and also stars Kylie Minogue this is one movie made especially for you (sorry, not sorry).
To book tickets, click here. 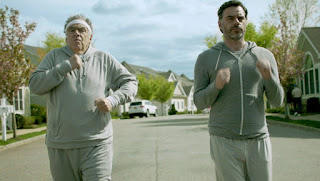 Sometimes just a couple of cast names is enough to merit a viewing and the double act of Jemaine Clement and Elliot Gould as a father-son duo is a must see.
Clement stars as a struggling playwright who moves in with his father in a retirement village and finds himself coaching a group of woman putting on a staging of The Mikado. Could this be Flight of the Concubines?
To book tickets, click here.

Screening 24th June
Someone at the Festival must have something on Disney because this is the 4th year in a row that they have scored an advance screening of the new Pixar film for the Family Gala and this year it is the sequel to The Incredibles, one of the greatest Pixar films of all-time. Will it be a Toy Story 2 or a Cars 2? Only time will tell but I’m keeping my elasti-fingers crossed for this one.
To book tickets, click here.

Jaws - In Concert with RSNO

Friday 22nd June
Just when you thought it was safe to go back in the Festival Theatre, the Royal Scottish National Orchestra will play one of John Williams’ most iconic scores live at a screening of Steven Spielberg’s summer blockbuster Jaws.
Following in the footsteps of previous year’s screenings of Back To The Future, E.T. The Extra Terrestrial and Raiders Of The Lost Ark, this will be one night not to be missed.
To book tickets, click here. 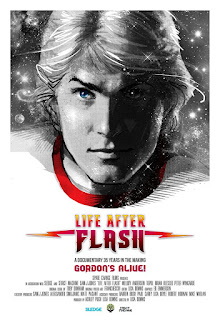 A light-hearted documentary that follows Sam Jones as he tours the convention circuit. Finally embracing the fame and fandom that came with starring in Flash Gordon, a film that for a long time he had a difficult relationship with.
To book tickets, click here.

Screening 21st & 22nd June
The plot of a father trying to track down his missing daughter might not sound like anything new but this film tells the story entirely through various screens from laptops to mobile phones which could elevate this crime thriller to something truly special.
To book tickets, click here.

The Secret Of Marrowbone 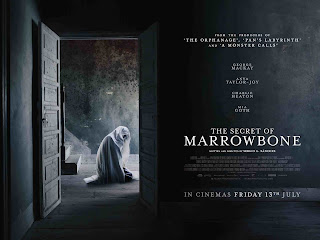 Expectations are high for Sergio G. Sanchez’s haunted-house drama given that he wrote the screenplay for The Orphanage. It stars Scottish star George Mackay as part of a family that move to a dilapidated old house to escape their brutal father but realise there might be an even greater danger lurking in the attic.
To book tickets, click here. 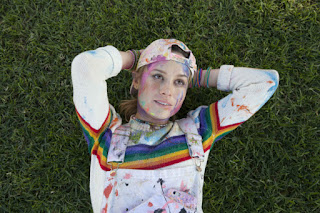 Screening 29th & 30th June
One of the hot tickets of the festival, Brie Larson’s directorial debut sees Captain Marvel herself play a woman obsessed with unicorns who is offered the chance to adopt a real unicorn by a flamboyant salesman (Samuel L. Jackson), if she completes a series of tasks in this quirky and charming story.
To book tickets, click here.


Also, if you prefer to listen to my picks, check out this mini Filibuster podcast where Lee and I talk about our most anticipated movies...