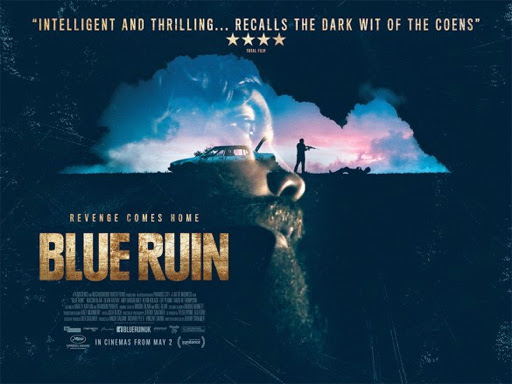 30 years ago, this story where a single act of revenge spirals out of control would have probably starred Arnold Schwarzenegger or Steven Seagal.

Blue Ruin stars a man who starts the film looking like a hobo Daniel Bryan ("YES! YES! YES!") and once he shaves looks like Joe Lo Truglio.

Safe to say, not your typical action hero.

But there is not much that is typical about this twist on a familiar storyline of trouble in the Deep South.

It starts off almost as a silent film as a wordless bearded down-n-out is given some news that causes him to go on a quest for revenge.

The how and why don't come straight away and even though the audience are not aware of his motives, they will empathise with the lead character of Dwight thanks to the excellent performance of Macon Blair.

Possessing these incredibly sad-sack puppy dog eyes that tell the story on their own, Blair becomes the most unexpected action hero since Liam Neeson, constantly wrestling with the actions that become increasingly necessary as he descends into a world he is unfamiliar with and unable to leave.

Blue Ruin, it saw Dwight standing alone, a gun and beard in the dark, seeds for revenge have been sown.

Blue Ruin, Kickstarter was how it was paid for, from Saulnier and Blair we'll see more, in terms of stars this movie gets four.