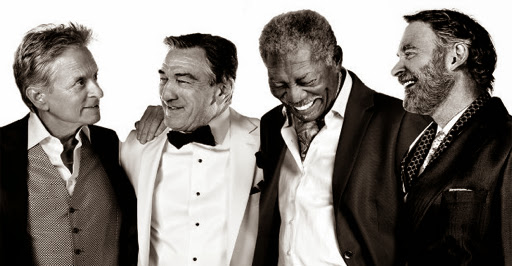 What do four old age pensioners get up to when they spend a weekend in Vegas?

The answer, according to Last Vegas, is the exact same thing as everyone else.

At the heart of the film there is a sweet story of lifelong friendship and how growing old doesn't mean that you have to stop living but a lot of that is drowned out by the bright lights and big city noise of the Hangover-style excesses.

After high-rolling roles in the likes of Casino and Behind The Candleabra it is a shame to see the likes of DeNiro and a perma-tanned Douglas crap out with only Kevin Kline making the most of the hand he was dealt in terms of a lacklustre script.