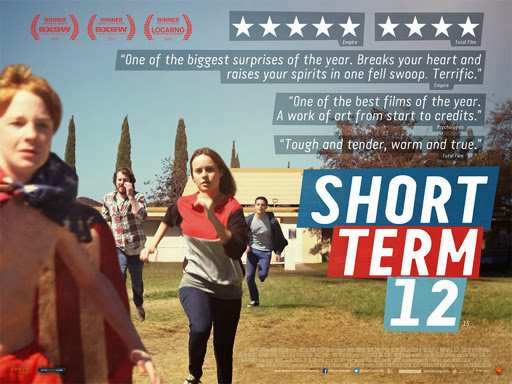 Arriving in UK cinemas with very little hype aside a few US Indie Awards, it managed to make a lasting impression on film critics and audiences that has seen it end up on many Best Of 2013 lists come the end of the year, including this reviewer's.

Admittedly the synopsis: inspirational and caring youth worker is forced to examine her own problems when a new arrival stirs memories from the past; sounds familiar and potentially cloying and sentimental but thanks to strong writing and terrific ensemble performances the result is an emotionally honest and assured feature debut from Destin Cretton.

Set in a foster-care facility for at-risk teenagers, the film opens on a group of twenty-something counsellors sharing an anecdote with newcomer Nate. The tone is relaxed, the story hilarious yet humiliating when suddenly they have to spring into action when one of the teens attempts to escape and they need to calm him down.

That ability to delicately handle those abrupt shifts in tone; from happy to sad, comic to tragic is not only important for the counsellors but also writer-director Cretton.

The natural, fly-on-the-wall cinematography helps create a pseudo-documentary feel to the early proceedings where we are introduced to some of the children under the care of the home.

People like Marcus (Keith Stanfield), about to leave the facility due to him turning 18 and facing an uncertain future, and Jayden (Kaitlyn Dever), a young girl who dresses all in black, wears black eye make up and generally has an angry demeanour. The performances from Stanfield and Dever are very impressive. They take scenes which could potentially be cliche i.e. revealing their hidden pain and trauma through rap or a children's story, and turn them into something heartbreaking.

When Jayden reads Grace her self-penned story called The Shark and The Octopus, it is one of the most moving scenes in the film and a major turning point for both characters.

Grace starts the film by telling newcomer Nate that "We are not their parents or their therapists. We're just here to create a safe environment". She is a person who likes to keep a level of separation, from both those in her care and also to an extent boyfriend/co-worker Mason. The arrival of Jayden and the discovery of the roots of her pain cause Grace to have to confront unwelcome memories of her own, ones that she has been unwilling to talk or even think about for many years.

There are reasons that counsellors Grace and Mason feel an affinity to the care offered by Short Term 12. Mason was brought up in a foster family but Grace's reasons are unknown and its only with the arrival of Jayden and her own investigation into the teenager's backstory that her own walls start to crack and crumble as she is forced to deal with her own past in order to move forward. 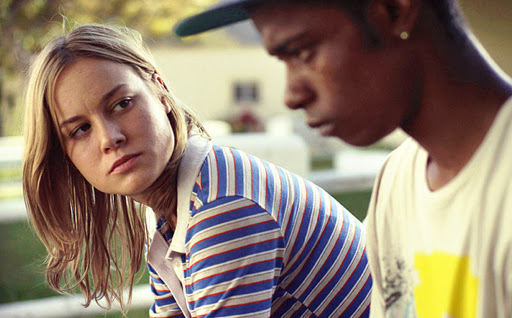 Brie Larson's turn as Grace was one of the break-out performances of 2013.

Gradually peeling away the layers to reveal the truth, Larson never resorts to the showy histrionics that some actresses may have used. Instead she plays it internally and reserved so when the truth is finally revealed, her pain and sadness feel affectingly authentic and honest.

So if, like Grace, audiences are willing to take the risk and open themselves up to the world of Short Term 12, they will find a rare gem of a movie with more truthfulness and heart than any other film of recent years.