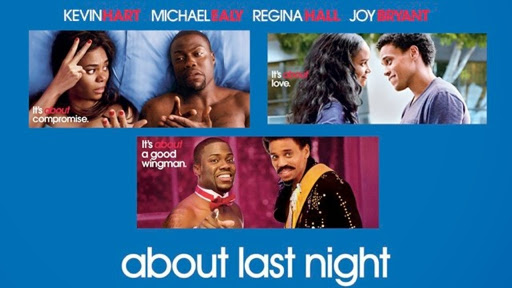 If About Last Night is indicative of the love life of the average American, it appears that couples would sooner move into together than tell someone that they love them.

It will also have you leaving the cinema believing that you need to treat 'em mean to keep 'em keen and that moving in together is the way to ruin a relationship based on 100 minutes of constant reinforcement in this study of one year in the life of two couples.

With its frank talk about sex and relationships, this film wishes it was as witty, scathing and insightful as the work of Neil La Bute or David Mamet (it is actually based on Sexual Pervisions In Chicago) but instead it is more likely to be snuck out on early in the morning by writers and audiences after a brief and unsatisfying one night stand.