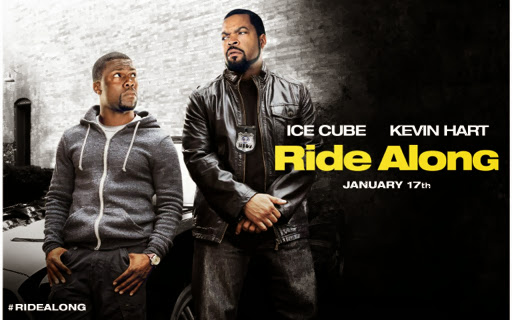 Given this basic story outline of "Kevin Hart plays a high school security guard (and hardcore gamer) who dreams of joining the police academy and gets taken on a Ride Along by his girlfriend's cop brother Ice Cube in order to prove he is worthy of her", I believe that even the most casual of moviegoers would be able to provide a detailed plot breakdown of the film as it is one of the most generic, cliched genre mismatched buddy cop movies ever conceived.


With numerous references to it throughout the film, Ride Along wishes it was in the same league as Training Day but instead the training wheels come off this film fast and it falls as short as its diminutive lead actor in just about every department.