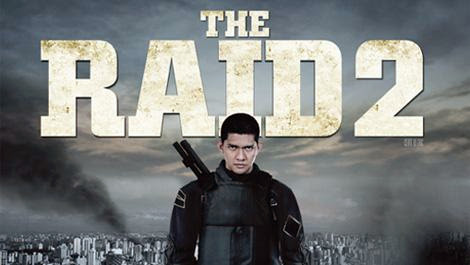 I haven't heard an audience reaction like the one I heard at the Unlimited preview of The Raid 2 since... well, The Raid in 2012.

There were audible gasps, winces, laughs and cheers in all the right places as Iwo Uwais's character fights the mob single-handedly.

I know that's a phrase that is used in many tag lines and plot descriptions "One man's struggle to take down the mob single-handedly" but as the film enters its breathless final act, you truly believe that this man is capable of doing it.

When The Raid was released it was rightly acclaimed as one of the greatest action films of the last decade, one of the most surprising things about was not the amazing fight choreography from Indonesian actors/martial arts experts Iko Uwais (hero Rama) and Yayan Ruhain that put Hollywood to shame but the fact that it was directed by a Welshman!

If there were some to criticise the first film, and I was not one of them, they pointed to a lack of character development and story. The plot for the first film was as straightforward as you get. A crack police team enter an apartment block to arrest a crime lord and have to battle bad guys in order to achieve their mission. Simple yes but it didn't matter when the resulting action was as ridiculously entertaining as it was. Sometimes less is more and this was certainly the case with The Raid.

Where the first film took place in the confines of one building, the sequel spans across the city as Rama goes undercover in a local crime family's organisation in order to try and discover and eliminate corruption with the police force.

The plot has echoes of Infernal Affairs and Kill Bill Vol. 1 as a range of characters and motives are introduced in this ongoing struggle for ultimate power, including some new action icons with snappy names like "Hammer Girl" and "Baseball Bat Man".

Because this film has a much more plot-driven story, there is more room for character and relationship building, thus creating more emotional impact.

And there certainly is impact but perhaps not as much as one might initially expect. Some people might get restless when 15 minutes goes by without a fight.

Their patience will be rewarded though because the fight scenes on the whole are on a whole different level than the original with the climatic third act resulting in a one man war more destructive than Commando with one particular one-on-one fight in a kitchen that had me bursting into a spontaneous round of applause in the cinema screen due to its adrenaline-pumping excellence.

With The Raid 2, director Gareth Evans has been able to deliver a sequel that not only expands the universe but also differentiates and improves upon the original. Take a bow Mr. Evans, you have made The Godfather Part 2 of action movies.