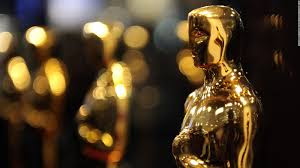 The Oscar nominations are announced tomorrow Tuesday 23rd January at 1:22pm and I thought it would be fun to try and predict who will be nominated in the main categories.

Best Picture is always a difficult one to accurately predict correctly ever since 2008 when The Dark Knight was shockingly left out of the nominations due to only having five nominees. I think we can all agree that it is a better film than all the nominees that year (Benjamin Button, The Reader, Frost/Nixon, Milk and Slumdog Millionaire).
Ever since then there has been anywhere between 5 and 10 nominees depending on the number of votes received. Then when it comes to the final vote once the nominees are announced, the ballot is done on a preferential vote system with the films ranked by choice by the voter.

So, given this year's Awards race. Here are my thoughts on what will appear on the final list:

Call Me By Your Name
Dunkirk
Get Out
Lady Bird
The Post
The Shape Of Water
Three Billboards Outside Ebbing, Missouri

Del Toro, McDonagh and Nolan are all locks in this category. Given the current climate in Hollywood, there will be a riot if a woman isn't nominated given the fact that the likes of Bigelow, Coppola and Jenkins all produced quality films and so Gerwig's indie darling so produce a nomination.
The only question mark is Jordan Peele who might end up making way for a more established name like Steven Spielberg or Denis Villeneuve.

As far as this category goes, there are four guaranteed names on the list with the fifth and final place up for grabs (even if this is still going to be a slam dunk for Frances McDormand this year).
With her pedigree and role in The Post, it would surprise no one to see another nomination for Meryl Streep but the acting categories often throw up a wild card and I'm going out on a limb and say it will be Jessica Chastain for Molly's Game.

Even though personally I wasn't that big a fan of his performance, the people of the Academy are pretty much already engraving Gary Oldman's name onto the Best Actor Oscar.
Chalamet's place is pretty much confirmed as well as he has been present and gracious runner up every step of the way. The Academy will not miss the opportunity to give Day Lewis a nomination for his final film. Although this must be the first time he will not be the favourite to win.
That leaves two places still to play for. Daniel Kaluuya has been consistently nominated for Get Out but I worry his performance is not "showy" enough for the academy and he might just miss out, opening the door for someone like Hanks or Washington. Similarly, having been a sure thing with the Globe win, Franco's place is on shaky ground given the recent new stories. However this was probably too late for the nomination process so expect his name to be read out.

This the Oscar season where Mommy knows best with Janney and Metcalf's turns as the protagonist's mother guaranteed to be nominated and, given the SAG nomination, Hunter is likely to join them.
There is potential for a Wild Card entry in the form of Tiffany Haddish for Girls Trip. By all accounts it is a breakout star making performance and Melissa McCarthy was similarly nominated for Bridesmaids so there is form in this category.

The Oscar is Rockwell or Dafoe's to lose at this point but this is probably the most wide open category going into the nominations as the other three spots have varied from award to award. It is likely that Plummer's last minute replacement on All The Money In The World will score a nod.
That leaves the final two places as a fight between Woody Harrelson and the two men classified as Supporting Actor for Call Me By Your Name. Armie Hammer is one of the two lead characters in the film but placed here to avoid competing with Chalamet. This means that Stuhlbarg's pivotal supporting performance could potentially go unrewarded (which is a shame as his monologue at the end was one of the standout moments from 2017). He is also starring in 3 potential Best Picture nominees which hasn't happened since John C. Reilly in 2003.

The Big Sick
Get Out
Lady Bird
The Shape of Water
Three Billboards Outside Ebbing, Missouri

Call Me By Your Name
The Disaster Artist
Logan
Molly's Game
Mudbound
Posted by Dallas King at 11:34