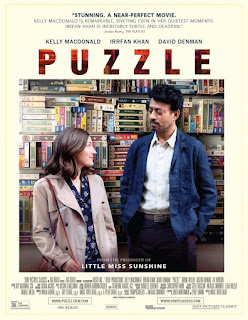 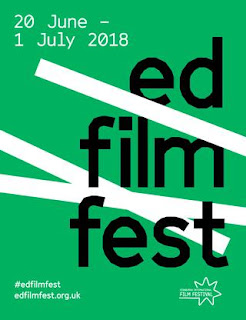 This year's Edinburgh International Film Festival kicked off in style on Wednesday night with the Opening Gala film Puzzle by Marc Turtletaub.
It tells the story of a downtrodden domestic housewife called Agnes (played by Kelly MacDonald), who spends most of her time looking after her house and her family but she is sleepwalking for life and inside is screaming for more out of life.
When she receives a 1000 piece puzzle at her birthday party (which she had to organise and host herself), she discovers a passion and talent for putting them together.
Answering an ad for a puzzle partner, she meets Robert (Irrfan Khan), a divorced puzzle champion and inventor who is also coasting through life.
Will they find each to be the missing piece of their puzzle?
Unfortunately the film has all the right pieces to make for a cute and quirky romantic comedy but the filmmakers don't put them together in the right order and the end result does not look like it does on the box.
Kelly MacDonald is superb as Agnes, able to find the pain and pathos in the character and is completely believable and the audience know exactly who she is within the first five minutes and you are willing her to find happiness.
If this had been a film about Agnes finding her calling and growing in confidence through her training sessions with teacher and partner Robert, going on to compete in a competition (complete with training montage which is sadly missing), this could have been a terrific film. Like a female Good Will Hunting but with jigsaws instead of equations.
Instead, it goes down a tricky and uncomfortable romance and affair subplot that doesn't really convince as the chemistry between McDonald and Khan isn't really there.
Puzzles just aren't all that sexy and no amount of fingers accidentally brushing against each other will prove otherwise.
The real issue lies with the treatment of Agnes's husband Louie (David Denman). Yes, he is a bit boorish and takes his wife for granted but he is clearly a good man at heart and has just lost sight of how to appreciate her and show her love. Because of this, it doesn't feel like the affair is justified and lost this particular viewer at that point.
MacDonald's performance is as impressive as the feeling you get from completing a 4000 piece jigsaw but is ultimately let down by some puzzling story choices.


Listen to an interview with director Marc Turtletaub on the Filibuster podcast on The Nerd Party.